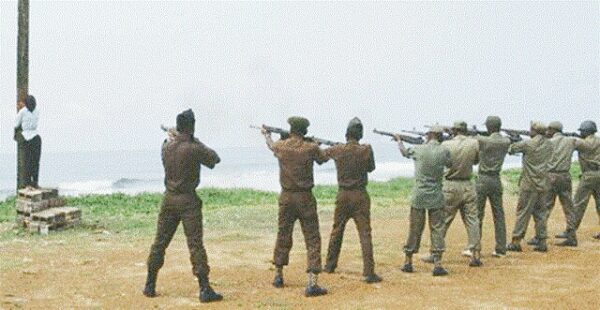 Nikson was condemned for his involvement in the November 2020 thwarted abduction of Mrs. Vivian Okoye, wife of a popular businessman, and a medical doctor in the state.

Vivian, spouse of Obinna Okoye, aka Blessed Obaino, owner of the A-Z Electronics shops in various parts of Yenagoa, and a medical doctor, Alex Ileimokumo, from Igbedi community of Southern Ijaw, were rescued after police engaged the kidnappers in a fierce gun battle.

Nikson, who was the driver of the kidnapping gang, was arraigned before the Ogbia High Court on two counts of conspiracy and kidnapping.

He was arraigned at the court with another suspect, David Ekegima. However, Ekegima was discharged and acquitted.

The Presiding Judge, Justice Ajunwa, while delivering her ruling yesterday on the matter, found Nikson guilty of the two charges.

READ ALSO: FAKE NEWS: Kidnappers Of Greenfield Students Yet To Be Arrested

Ajunwa said: “On the charge of conspiracy, there is no specific term for the charge. And I hereby sentence you to 10 years imprisonment.” Justice Anjunwa also pointed out that the law states that anybody convicted of kidnapping either die by hanging or by firing squad.

She, therefore, declared him sentenced to death by firing squad.