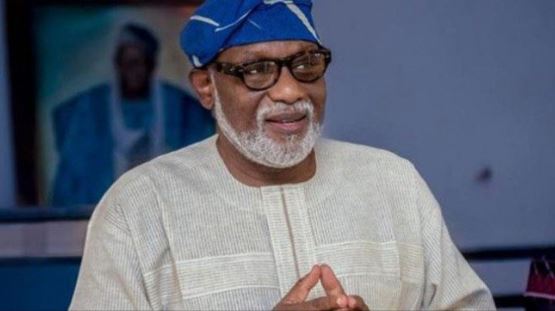 A Federal High Court in Abuja has stopped the Ondo State Governor, Oluwarotimi Akeredolu SAN, from sacking the Chief Judge of the state, Justice Oluwatoyin Akeredolu.

Justice Inyang Eden Ekwo in a judgment today granted an order of perpetual injunction restraining the Governor and five others from probing or tampering with activities of Justice Akeredolu in the discharge of her duties.

The Judge also made an order nullifying any decisions made by the Governor and other defendants aimed at suspending, sacking and investigating the plaintiff.

Justice Ekwo held that the powers to investigate any Judge or judicial officer is vested in the National Judicial Council (NJC) only and not in the State House of Assembly as erroneously done by the Attorney General of the State.

Defendants in the suit filed by the Chief Judge include the Governor, the Attorney General of the State and the Speaker of the Ondo State House of Assembly.