Aloma DMW took to his Instagram page to state this.

He noted that majority of celebrities tweeting against injustice go behind others’ backs to receive bribes from corrupt politicians.

“Don’t trust most of them (celebrities) they will always tweet and rant, then later go collect bag. Most of them dey work for them ooooo”

Read Also: I Was Offered N100M To Implicate Davido In His Friend’s Death – Former PA, Aloma

Aloma added that he is a freedom fighter and he is not scared of death at this point because death is inevitable even if he decides to keep his mouth closed. 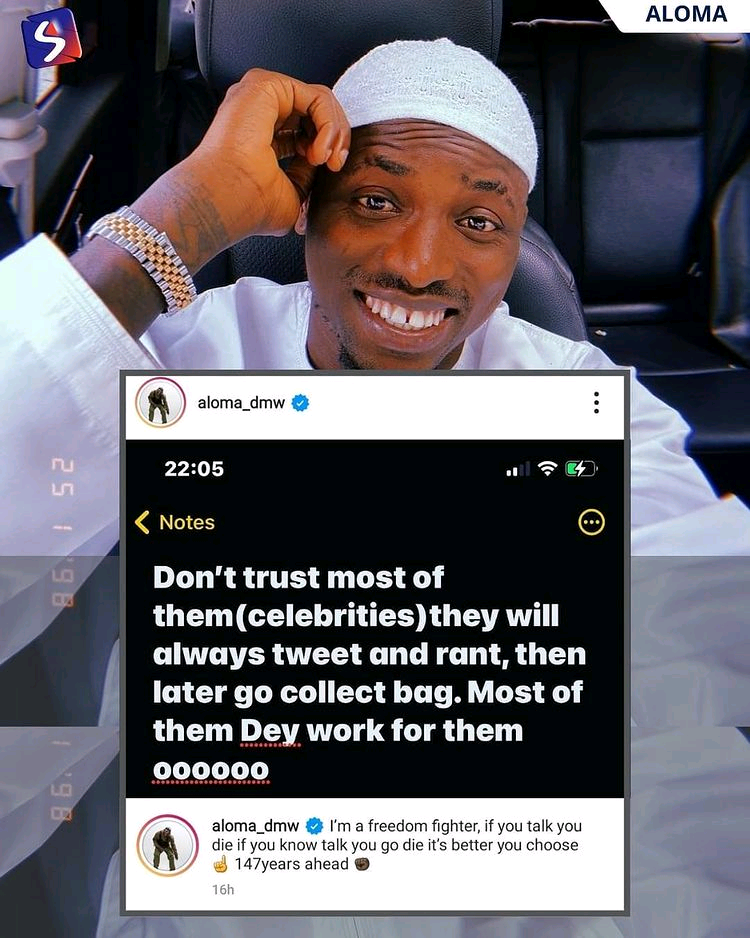