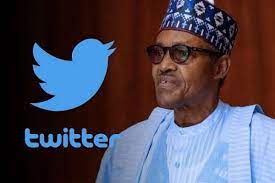 A West African court has restrained the Nigerian government from “unlawfully” prosecuting people from using Twitter, while it is considering a legal action launched by activists and journalists seeking to reverse a ban on the social media giant.

The Nigerian attorney general further said those who defied the ban should be prosecuted, but did not provide any details as to which law would be invoked.

In response, the Socio-Economic Rights and Accountability Project (SERAP), a local rights group, along with 176 other Nigerians, went to court to fight the ban.

On Tuesday, a statement describing the decision to suspend the hugely popular social media platform’s operations as an attempt to silence criticism of the government from SERAP quoted the Court of Justice of the Economic Community of West African States (ECOWAS) as saying it was restraining the government from acting against citizens or media outlets over the use of Twitter, pending a substantive ruling on the core issue.

The lawsuit’s applicants had argued that the Twitter suspension “escalated repression of human rights and unlawfully restricted the rights of Nigerians and other people to freedom of expression, access to information, and media freedom in the country”.

Applicants also urged the court to hold the Nigerian government liable for the violation of “their fundamental human right and for breaching its international obligations” by banning Twitter.

There was no immediate comment by the Nigerian government following Tuesday’s ruling.