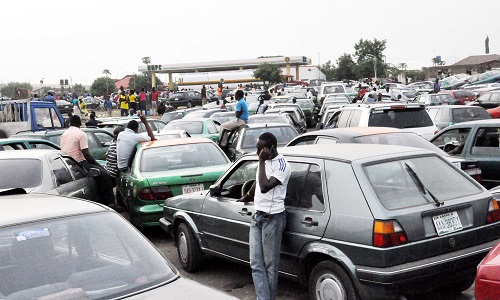 Abuja, Niger, Kaduna and neighbouring locations may face petrol scarcity in the coming days as oil marketers who distribute products in these areas have commenced an industrial action.

Oil dealers under the aegis of the Independent Petroleum Marketers Association of Nigeria, Suleja/Abuja Unit, started the strike on Monday following disagreements between them and the Department of Petroleum Resources.

On Sunday, the marketers threatened to embark on strike over alleged extortion by DPR officials, a claim that was denied by the regulator, as it argued that its demand from the marketers was a statutory requirement.

The IPMAN Chairman, Suleja/Abuja Unit, Yahaya Alhassan, had kicked against DPR’s request for daily stock of products supplied by dealers who patronise the Suleja depot in Niger State, describing it as unethical.

But the Head, Public Affairs, DPR, Paul Osu, argued that the request was a statutory regulatory requirement for any retail outlet licence holder, which enabled DPR to provide accurate petroleum products consumption data for the country.

When contacted on Monday to confirm whether the national body of IPMAN had prevailed on its branch to halt the strike, the association’s National Vice President, IPMAN, Abubakar Maigandi, told newsmen that the strike had begun.

“I have confirmed but we at the national level, we don’t want to involve ourselves in that issue,” he said.

When told that the national body had pledged to intervene in the matter, Maigandi replied,
“Yes, but up till now the DPR has yet to give us the time for meeting and these people have already started their strike.

“So you may have to wait and may be by tomorrow, when the DPR calls us, then I will give you updates.”