Popular Nigerian actress, Omoni Oboli, has written a tribute to her late mother.

The movie star and filmmaker took to her Instagram page to share a photo of her late mother and penned a lengthy tribute remembering her sacrifices as a mother when she was alive.

Oboli noted that her mother used to buy her and her siblings used clothes because of their poor background and she wanted to reward her with brand new clothes before her passing.

She further eulogized her mother for instilling the right values of hard work and determination in her. She added that she will do everything she can to make her mother proud. 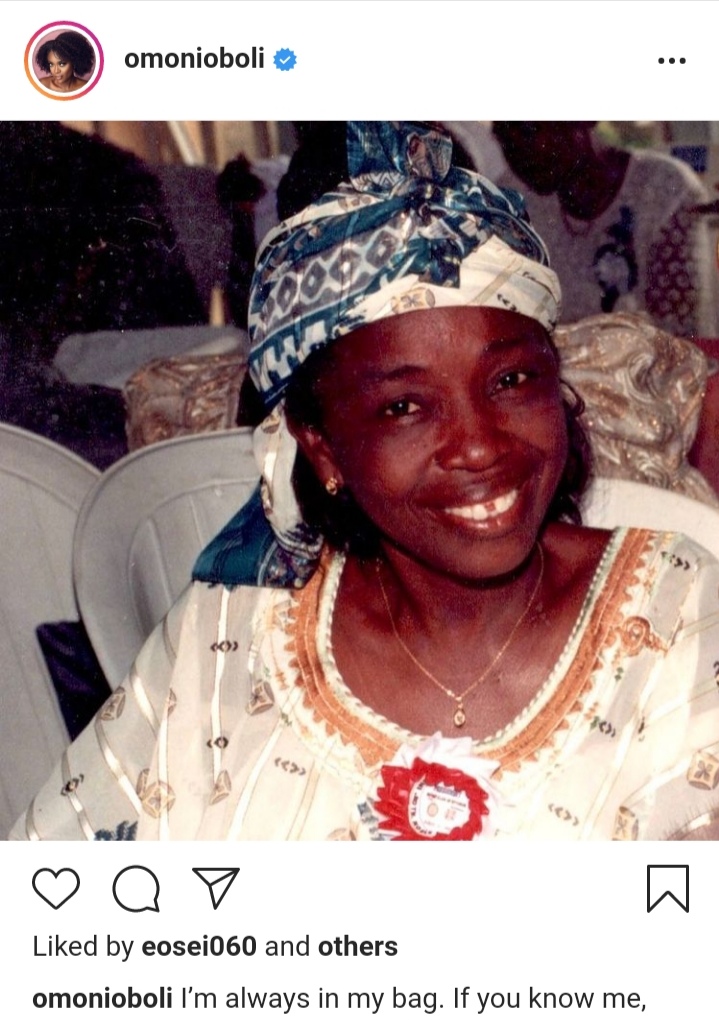 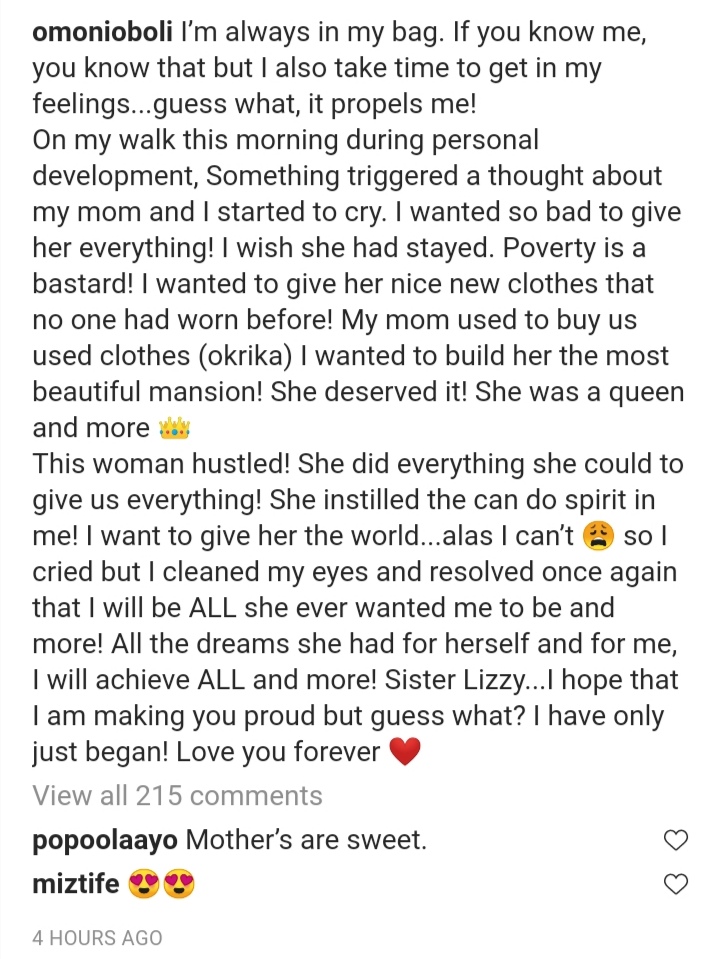