School Principal of New Oxford Science Academy, Sabi’u Musa Haruna, confirmed the development to newsmen on Thursday evening, saying the decision was made to ease payment of school fees.

Mr Haruna said, “We took the decision to make it easy for parents to pay their children’s school fees, and concerning the fact that these digital  currencies in the next few years  will dominate other currencies all over the world and Nigeria will have its digital currency by December, this year.”

Mr Haruna further said the decision was taken based on the announcement by the Central Bank of Nigeria to introduce digital currency in the country by December this year.

“The CBN governor made the announcement. So, we decided that since it is something that is not new, and it is a welcome development, we decided to embrace it, before it becomes too late for us,” the school principal told The Gazette in a telephone interview.

Mr Haruna noted that other countries like El-Salvador and Tanzania had long been receiving cryptocurrency in their schools. He urged the federal government to quickly embrace the system and regularise it.

School fees for students in primary school costs N10,000 while those in secondary school pay N15,000.

In early February, the CBN ordered banks and other financial institutions to close all customers’ accounts used in trading cryptocurrencies and other related transactions. 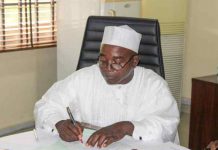 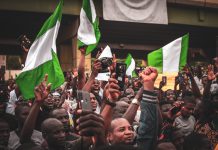