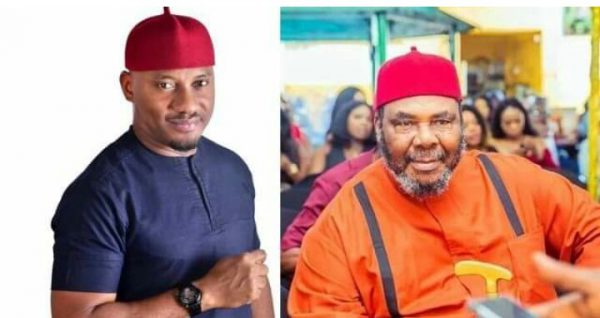 Popular Nollywood actor, Yul Edochie has penned a note of appreciation to his father, veteran actor Pete Edochie in a new Instagram post.

Yul shared a picture of the veteran Nollywood icon and recounted how he raised all his six children with iron hands.

Read Also: I Will Buy A Car For My Daughter In Her Name – Yul Edochie Counters His Father

The political aspirant also revealed that Pete Edochie sacrificed a lot for his children as he had only four pairs of trousers at a time.

“At a time, while raising us his six children, this great man had only 4 pairs of trousers. Black, brown, blue and grey. But he never cared. He hardly bought new things for himself. All he cared about was taking care of his family and giving his children the best“, he wrote.