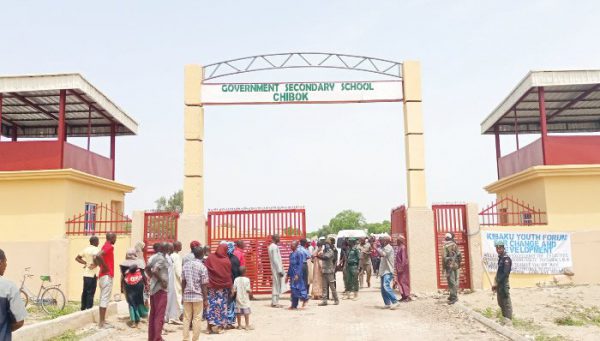 Two lawmakers from Borno have supported moves by the House of Representatives to probe the N500 million safe school initiative fund earmarked for rebuilding the Government Girls Secondary School (GGSS) in Chibok.

Sen. Ali Ndume of Borno South District and Rep. Ahmed Jaha of Chibok/Damboa/Gwoza Federal Constituency , gave the support on Tuesday in Chibok while speaking to newsmen on the completion of the GGSS Chibok project embarked by the Borno Government.

They said that the probe became necessary to find out what happened to the N500 million meant for the project under the Save School initiative in 2015.

Sen. Ndume said there are questions to be answered on what happened to the funding from the Federal Government that now warranted Borno government to intervene to complete the project.

“While we commended Gov. Babagana Zulum for his courage in rebuilding the school, we need to know what happened to themoney allocated for the project because what was on ground before the Borno government took over is nothing to write home about.

“I did my personal investigation and discovered that a lot of money was put here which clearly is far above the level of work done before the Borno Governor took over.

“I learnt that a committee has been set up by House of Representatives to investigate what happened to the money under the safe school Initiative and I am in support of the move,” Ndume said.

Also speaking, Rep. Jaha who is the Chairman of the Sub Committee set up by the house to look into the Chibok school project, said the committee would try to find out if money allocated for rebuilding of the school was fully utilised for the purpose intended.

Jaha also lauded the intervention by the Borno government in rebuilding the school which has resumed full academic activities.

He said as the representative of the people, he felt fulfilled.

“I am happy that students are now back for full academic activities,” Jaha said.

On 14 April, 2014, insurgents stormed the GGSS Chibok where they abducted over 276 girls and destroyed the school.

Out of the 276 female students abducted, 57 escaped, while 104 were rescued with 115 still in captivity.