Popular controversial crossdresser, Idris Okuneye, alias Bobrisky has declared that he is so rich that no girl in Nigeria is richer than he is.

The drag queen took to his Snapchat account to brag about his wealth in a series of posts.

Read Also: Why I Broke Up With My Best Friend – Bobrisky

The crossdresser added that his jewelry is pure gold. He went on to brag that brands pay him 10 million for a six-month deal. 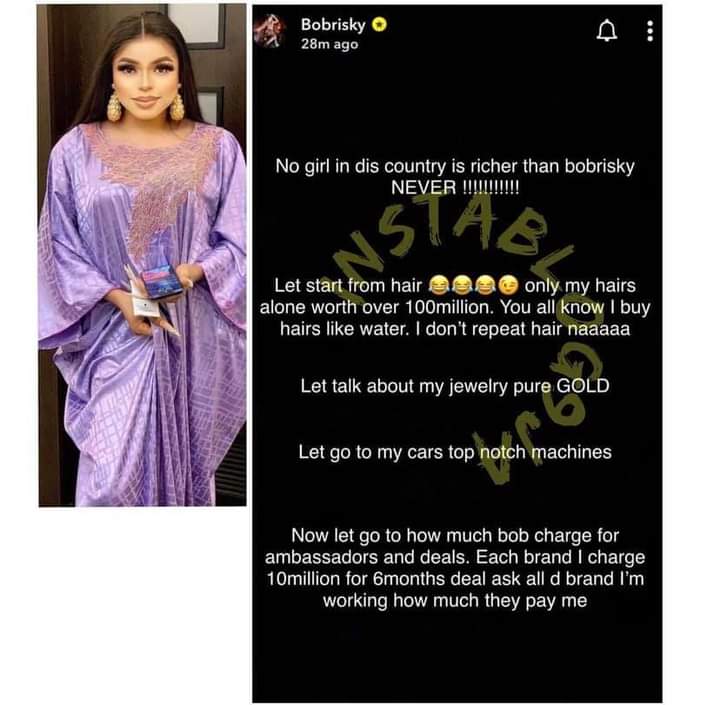 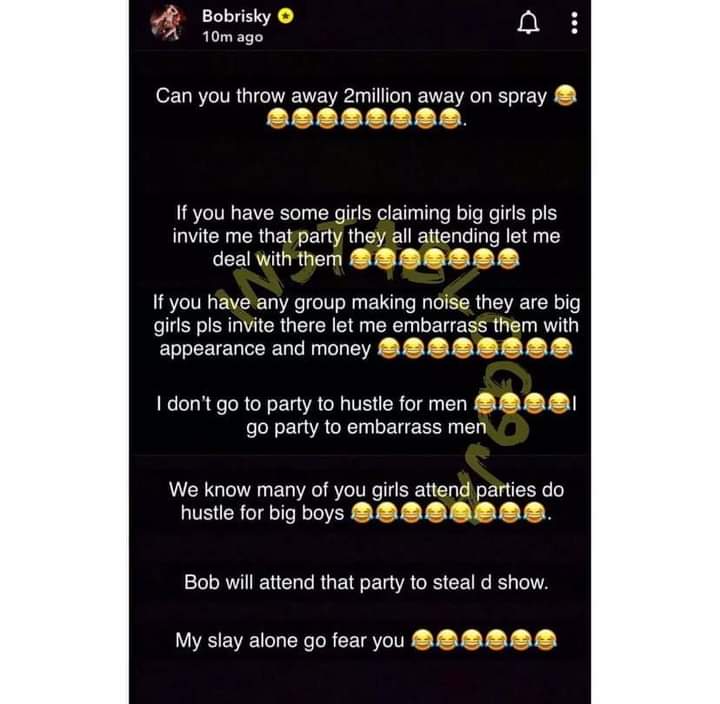 “Celebrities Should Stop Using #EndSARS For Their Promotional Game” – Samklef