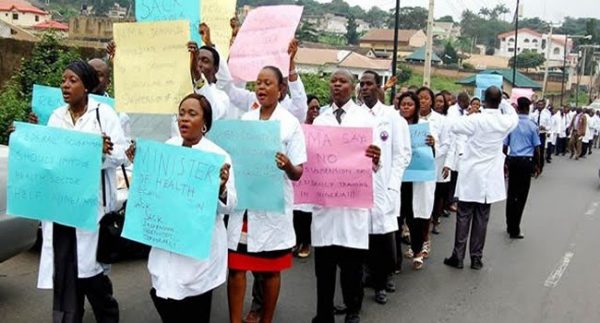 Ondo State Doctors under the auspices of the National Association of Government General Medical and Dental Practitioners (NAGGMDP) have embarked on a two-week warning strike over pay and poor welfare.

The association stated this in a letter signed by the state Chairman and Secretary of the NAGGMDP, Roland Arohunmolase, and Richard Obe, respectively, which was sent to Governor Rotimi Akeredolu and made available to our correspondent on Thursday.

“Following the ordinary general meeting of our association held on Wednesday 9th of June, 2021, members resolved at proceeding on a two-week warning strike, starting from 8 am, 10th of June, 2021.”

According to the letter, some of the grounds for the industrial action are non-payment of salary arrears being owed health workers in Ondo State (January 2017, March, April and May 2021), gross understaffing of government hospitals.”

Other grounds for the strike include the mass exodus of doctors and other health workers from the state, non-regular payment of salaries and non-harmonisation of doctors’ grade level in Ondo State Civil Service as approved by Mr. Governor which is contained in the letter written to the Nigerian Medical Association Ondo State in March 2021, among others.

“Against this backdrop, we wish to let you know that our members have been overstretched and their emotional intelligence badly affected,” the letter stated. 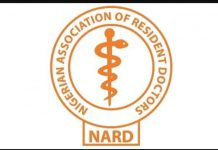