Popular Nigerian vocalist, Aituaje Iruobe, alias Waje has refused to spare trolls who had a field day on her page on Father’s day after she shared a photo of herself and her daughter while celebrating herself as a father.

The seasoned vocalist, singer and performer reminded them that she plays the dual role of father and mother in her daughter’s life. Hence, she has every right to celebrate herself.

The mother of one added that she does not need anyone’s advice on how she sees her role in her daughter’s life. She also wrote that fatherhood is not about gender; it’s about roles. 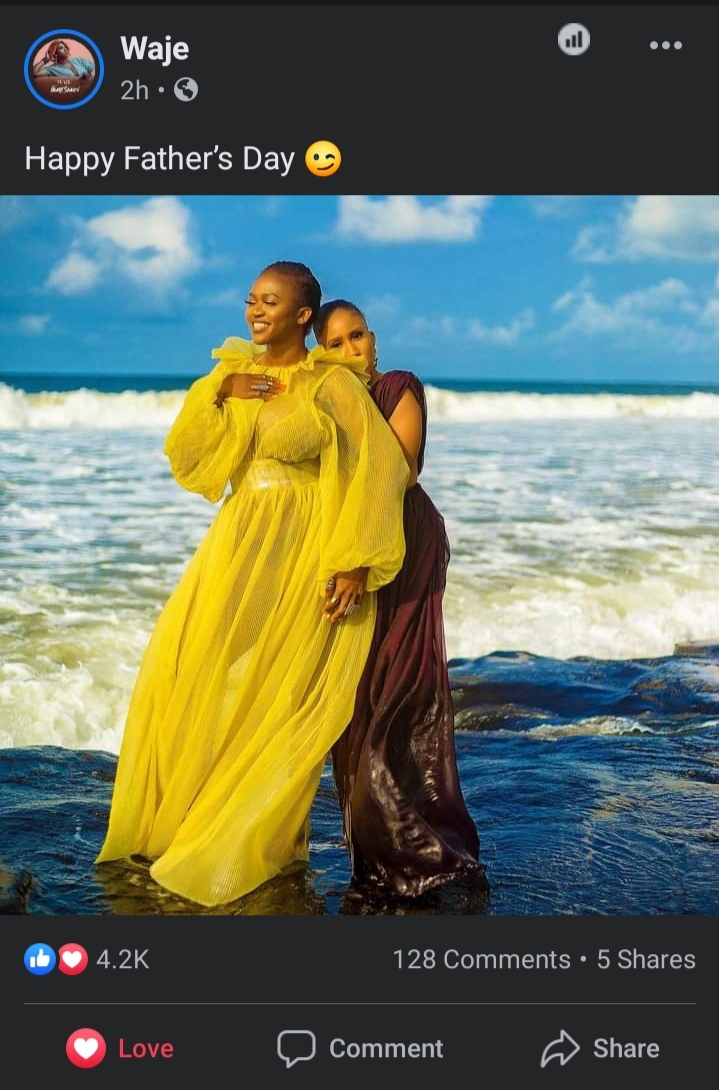 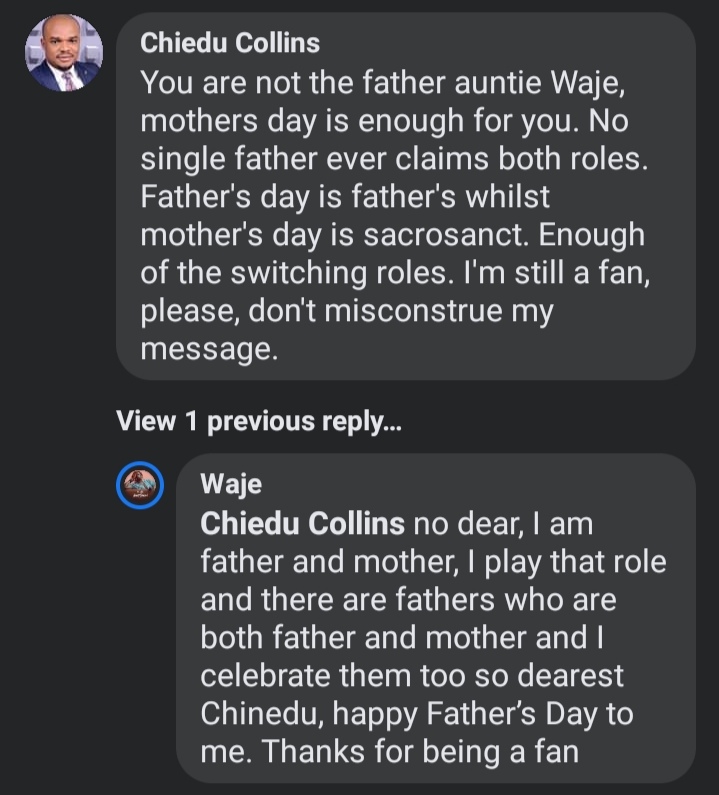 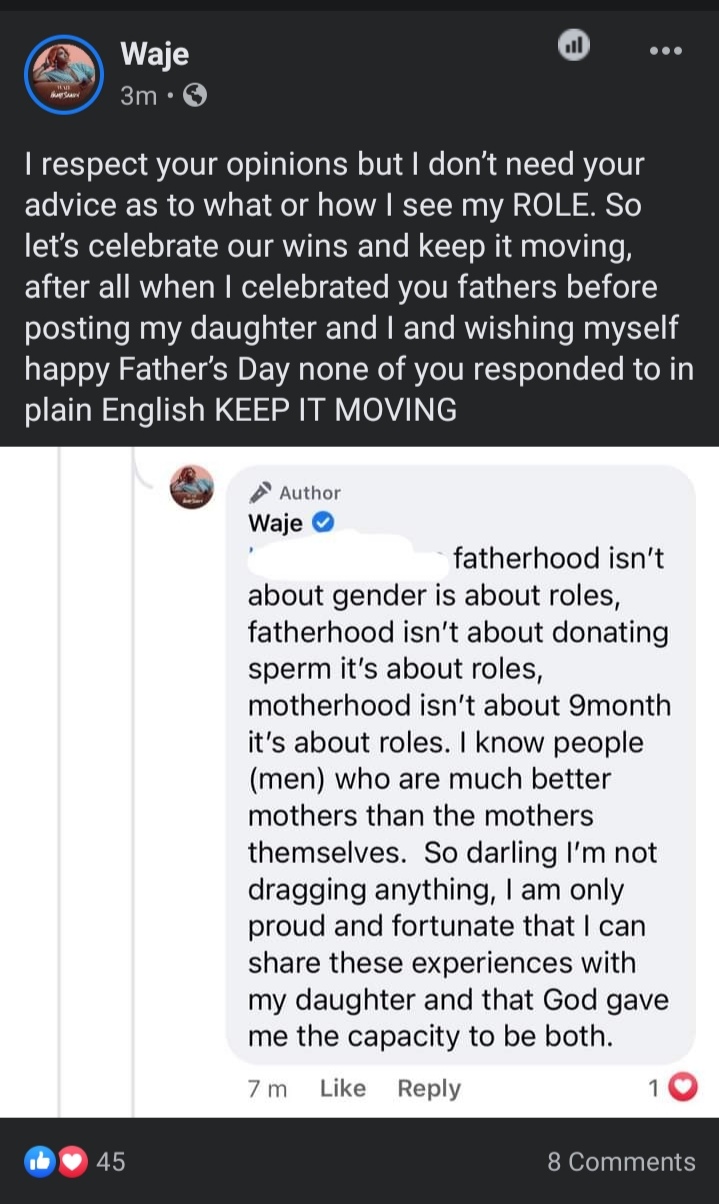