BBNaija ‘Pepper Dem’ season ex-housemate, Natacha Akide, alias Tacha has slammed critics who told her to be humble following her declaration that the Big Brother Naija platform did not help her because she was the main center of attraction on the show.

OAP N6 reacted to her video saying that BBNaija is the biggest thing to happen to her. He further told her to not be ungrateful and be humble.

Reality TV star, Dr Cherry, also came for Tacha, telling her to be humble and appreciate the platform that uplifted her. Cherry added that Tacha was not the “show” because there were other fun and interesting housemates that kept the show running even after her disqualification.

Kemi Olunloyo also weighed in as she said that Tacha was disgraced off the show. Olunloyo added that Tacha needs to disassociate from her rude fans and apologise to Mercy Eke.

Read Also: BBNaija Didn’t Help Me; I Gave Them A Show – Tacha

Tacha has now given a comeback reply to all of them on her Twitter page. She said that she will not be humble if it means keeping quiet as people make naive comments about her.

Tacha further said that none of them pays her bills so they don’t have a right to control her or force her to be humble. 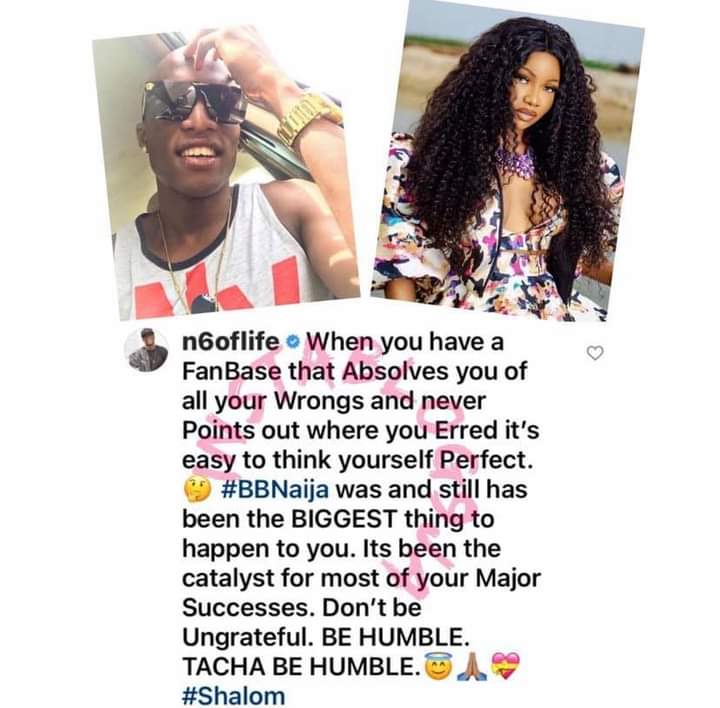 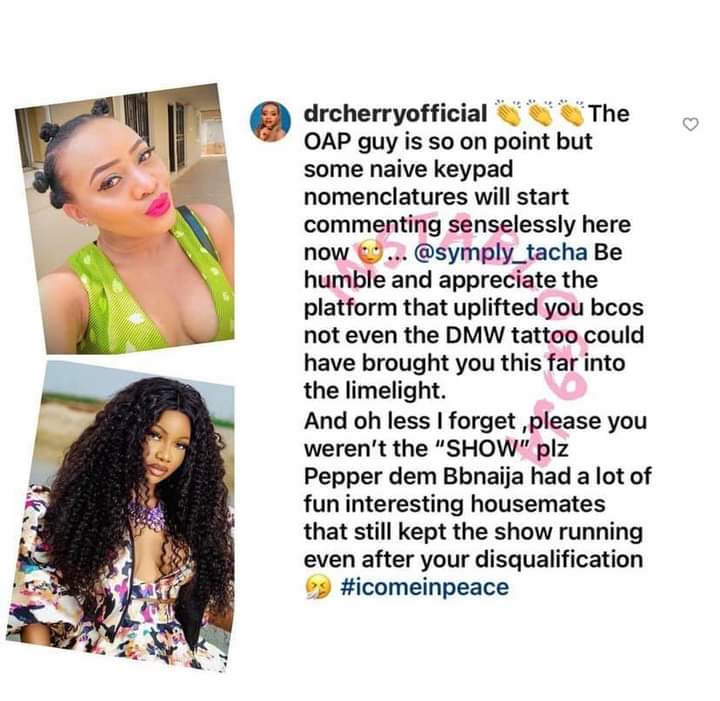 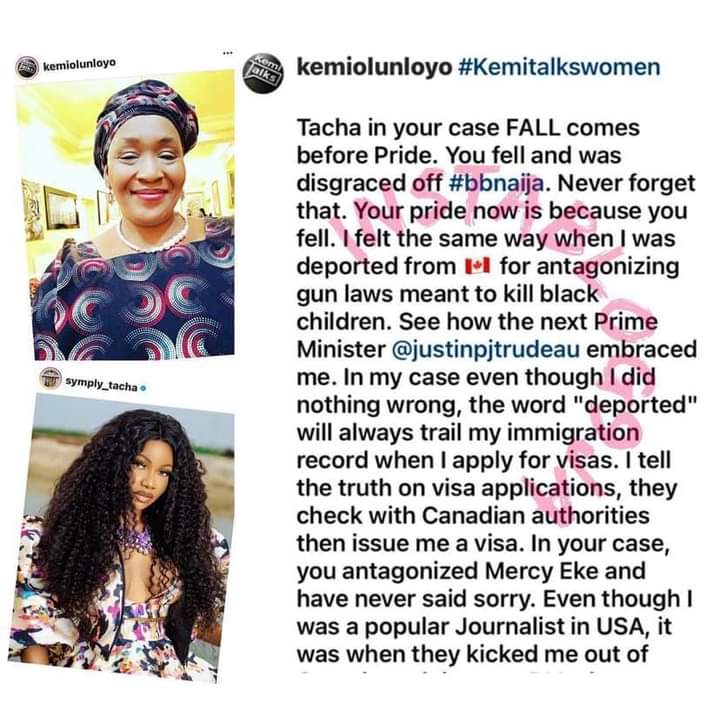 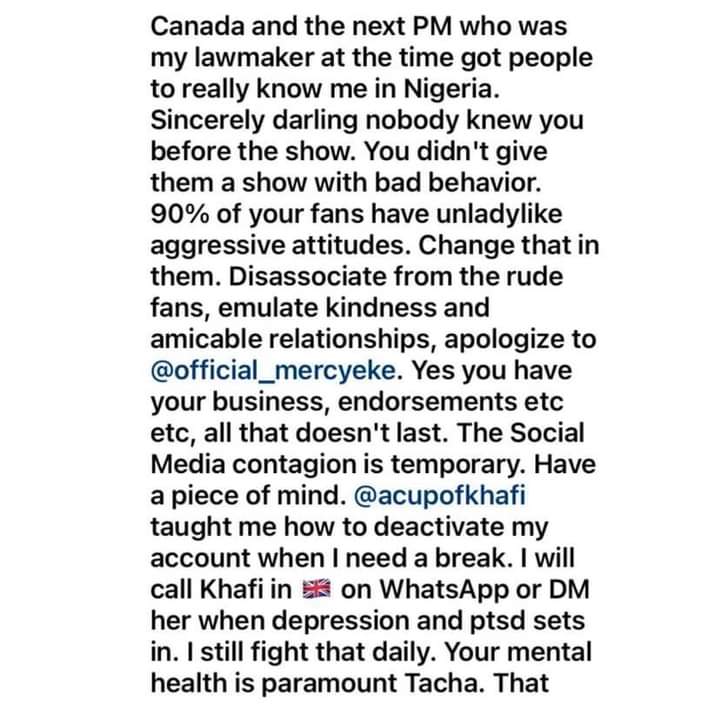 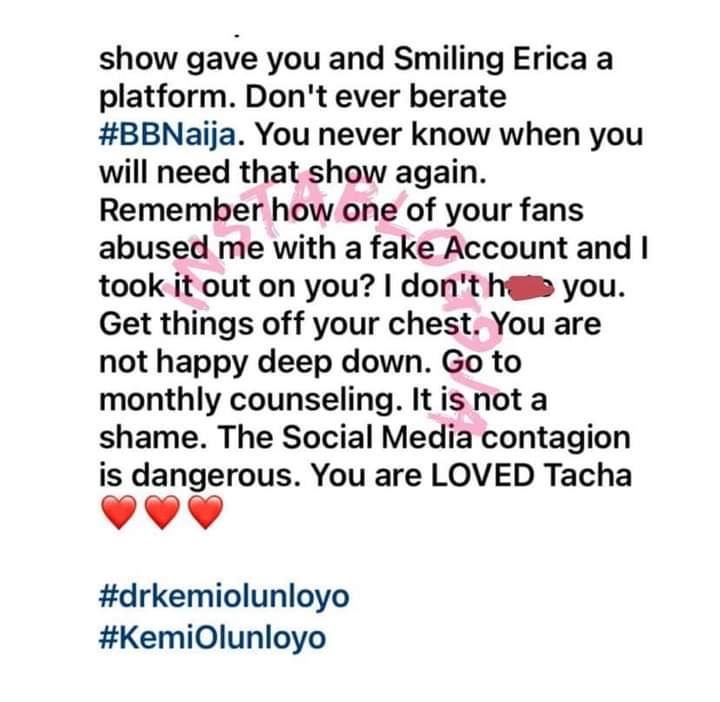 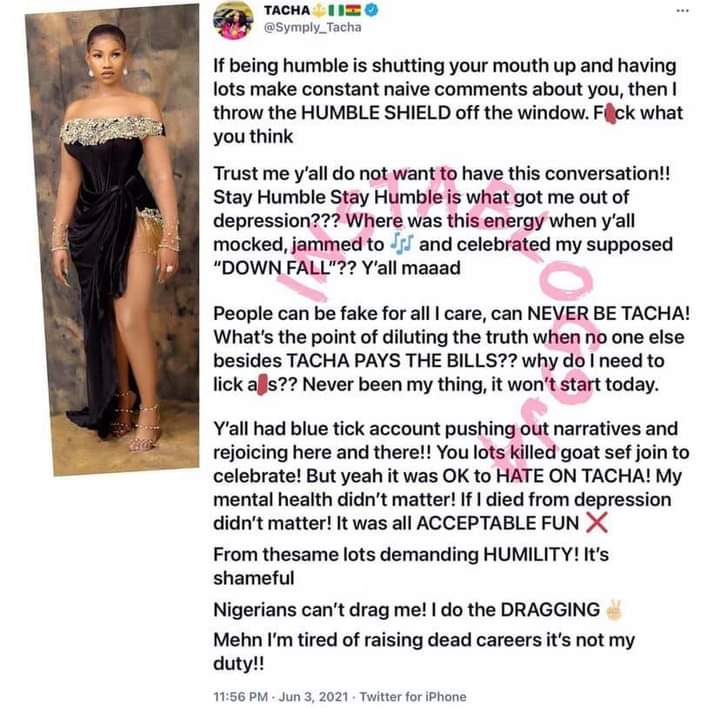