Nollywood actor, Yomi Fabiyi has insisted that he is solidly behind his friend and colleague, Baba Ijesha regarding the ongoing alleged rape case involving the latter and comedian Princess’ foster 14-year-old daughter.

Shortly after news went round that the magistrate court has rejected Baba Ijesha’s bail application, Fabiyi took to his Instagram page to state that there are people who want his colleague to be convicted of a crime that he did not commit.

Fabiyi noted that sexual assault is the only charge filed against Baba Ijesha. He added that the alleged victim also said that Baba Ijesha did not have sex with her. Fabiyi added that he will continue to stand by what is right and ensure that Baba Ijesha’s rights are protected. 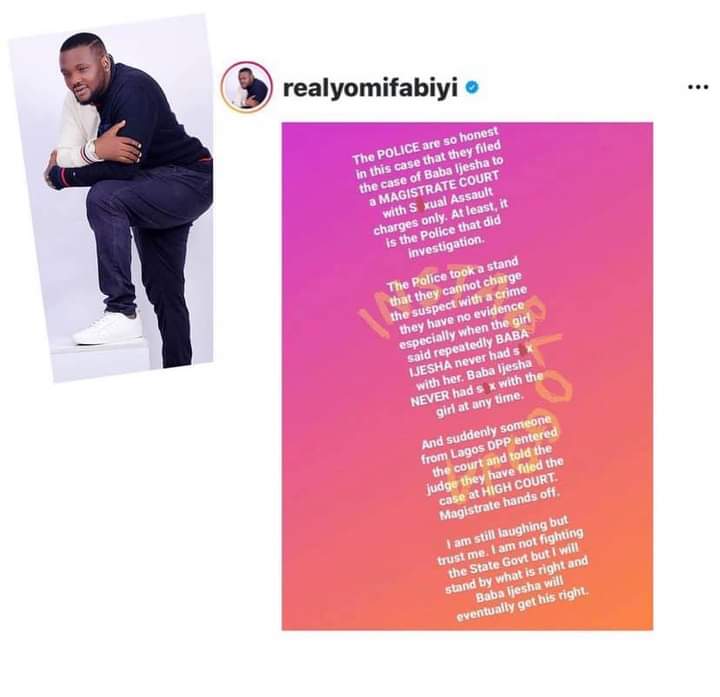 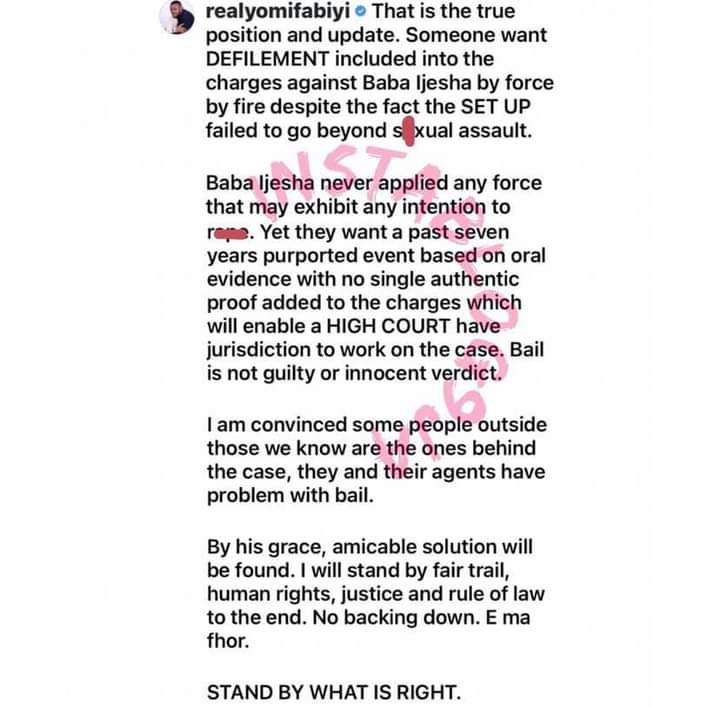