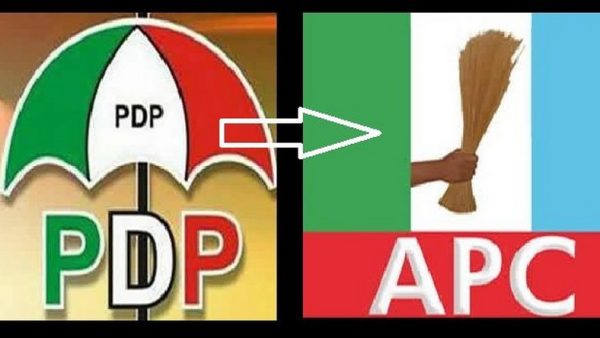 There is no let-up in the wind of defection that has hit the Peoples Democratic Party (PDP) as it again lost four House of Representatives members to the All Progressives Congress (APC), yesterday.

They cited crisis in Zamfara PDP as their reason for dumping the party.

“We the underlisted members wish to officially notify you of our defection from the PDP to the APC following the crisis of the PDP in Zamfara which has consequently led to the dissolution of the state executive by the national body,” they said in their letter.