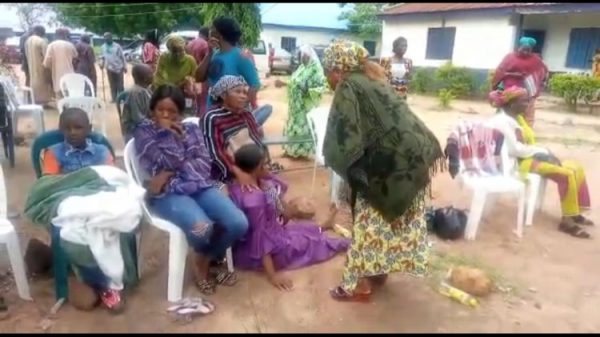 Less than 24 hours after the release of the 28 students of Bethel Baptist High School by their abductors on Sunday July 25, 2021, four additional students have been recovered on Monday, leaving 83 of the students still in captivity.

According to him, “the students escaped from the camp of the bandits last night (Sunday). So, we had 32 as at last night instead of 28. With the 6 that were earlier rescued, we now have 38 students out of the hands of the bandits from the 121 students kidnapped. We are now expecting 83 to be released.

“Thanks for all your support and prayers. Let the Fire keeps on burning on the altar till all the captives are freed in Jesus Name,” the message reads.

It would be recalled that the President of the Nigerian Baptist Convention (NBC), Rev. Dr. Israel Akanji, while appreciating God for the release of the 28 students on Sunday, urged parents and well-wishers not to relent in prayers, trusting God that the rest of the kidnapped students will be released unhurt.

Meanwhile, the President, Kaduna Baptist Conference and proprietor of the Bethel Baptist High School, Rev Ishaya Adamu Jangado, who commended all the parents and well-wishers for their prayers and perseverance, also expressed optimism that the remaining students will be released.

According to him, “I speak with abductors of our children every now and then and they have assured me that they will release them in batches. We thank God today we have 28 of them, others will also be released, let us be encouraged and continue to pray for the safe release of the rest of them,” he admonished.