The lavish burial ceremony of Obi Cubana’s late mum which is being held in Oba, Anambra state has drawn the attention of many on social media.

It was reported that the Chairman of Cubana Group received about 246 cows for the ceremony from his friends and associates.

This is in addition to the alleged sum of N200 million which he also got from friends and associates just for the ceremony.

Taking to his Instagram Story, socialite Pretty Mike has revealed that Obi Cubana told him that he intentionally planned a lavish burial ceremony for his mother just so that people could witness it and even hunger for death.

“I remember when Obi’s wife’s father died some months back. We came for the burial. It was nothing short of a carnival. I asked him so why wait till July to bury your mum. He said let’s keep her on ice for now. She has to go out gloriously, she deserves it. I said bros stop being humble. He replied “after my mama burial ceremony, to die go dey hungry some people… Today I understand.” 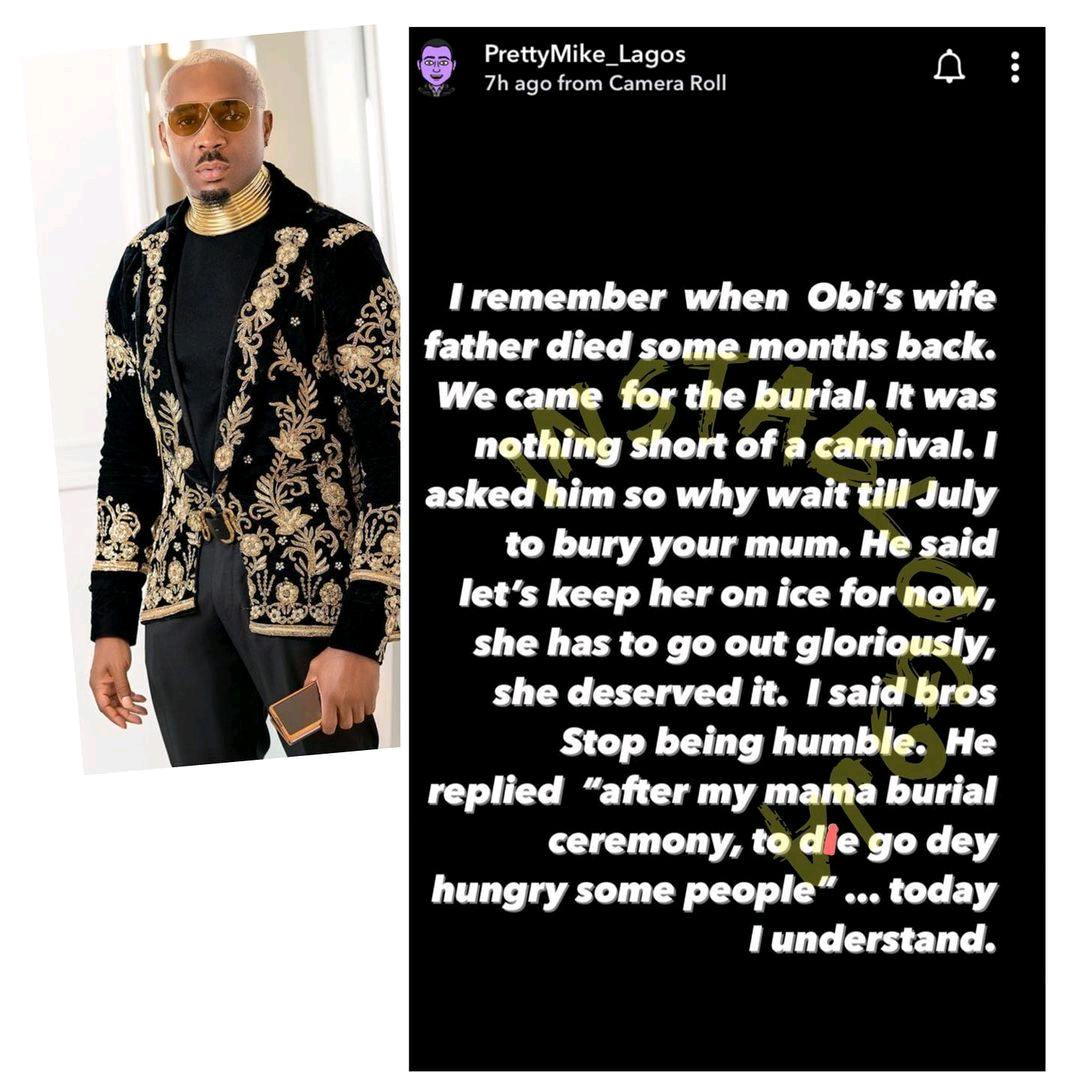