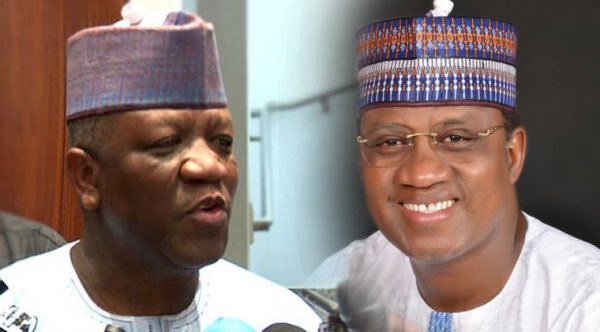 A chieftain of the All Progressive Congress (APC) in Zamfara State, Abdullahi Shinkafi, has faulted the recent action of former Governor Abdul-Aziz Yari and Senator Kabiru Marafa over the decision of the national leadership of the party in the state.

Shinkafi at a press conference in Gusau, the state capital on Thursday, called on the national leadership of the party to deal decisively with anyone who violates the constitution of the party.

The National Caretaker Committee Chairman of the APC, Mai Mala Buni, had during the formal defection of the Zamfara State Governor Bello Matawalle and other members to the party dissolved the state caretaker committee of the APC and declared Governor Matawalle as leader of the party in the state.

But the duo of former Governor Yari and Senator Marafa had rejected the dissolution of the committee, saying it is a move to hand over the party to Governor Bello Matawalle’s camp.

Shinkafi who was a former National Secretary in the All Progressives Grand Alliance (APGA) and who also defected to the APC with Governor Matawalle said stringent actions must be taken against Yari and Marafa to serve as a deterrent to others.

He described the action of former Governor Abdul’azeez Yari as a move to create factions in the party which he says will be resisted and therefore urged the party’s leadership to take drastic punitive actions.

Shinkafi said Yari, Marafa and their supporters should note that nobody is above the law, therefore, the directive by the Chairman of the National Caretaker Committee, Mai Mala Buni to dissolve the state party’s executives from the ward, local government and state levels and also the appointment of Governor Matawalle as the leader of APC in Zamfara is sacrosanct.

The APC Chieftain called on the leadership of the party to expel Former Governor Abdul’azeez Yari, Senator Kabiru Marafa and theirs who publicly violated the decision of the party’s leadership.

Shinkafi also called on Governor of Kaduna State, Nasir El-Rufai to stay away from the politics of Zamfara State and desist from giving cover to who he described as disgruntled politicians.