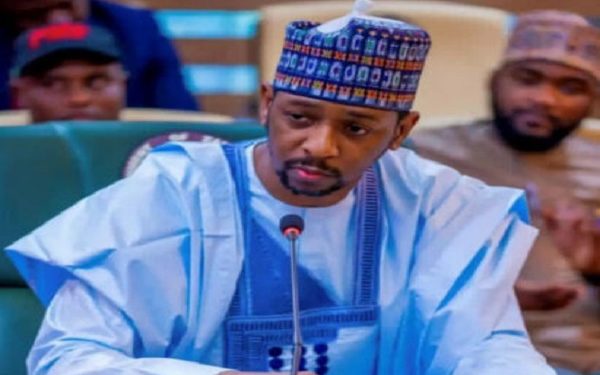 A Federal High Court in Abuja has restrained Zamfara State House of Assembly Speaker and two others from proceeding with their alleged plan to impeach Deputy Governor Mahadi Aliyu Mohammed.

Also restrained are the governor, the Chief Judge (CJ) and their agents.

Justice Obiora Egwuatu gave the restraining order on Monday after listening to Ogwu James Onoja (SAN), who moved a motion ex parte to that effect on behalf of the plaintiff in a suit filed in the name of the Peoples Democratic Party (PDP).

Listed as defendants in the suit are: the Independent National Electoral Commission (INEC), All Progressives Congress (APC), the President of the Senate, the Speaker of the House of Representatives, Zamfara State House of Assembly Speaker, Zamfara State governor and the state’s Chief Judge.

Onoja told the court that the House of Assembly and some persons were planning to impeach the deputy governor for refusing to defect to the APC.

The lawyer said it was of utmost urgency that the court grants an interim restraining order against the fifth to seventh defendants: the Speaker, the governor and the CJ.

He argued that if the impeachment was carried out, as being planned, no sufficient monetary compensation could assuage the impact, because it relates to a constitutionally recognised position with a stipulated tenure.

Onoja said his client also filed a motion for interlocutory injunctions, along with the substantive suit, which challenges the propriety of the defection by Governor Bello Mohammed Matawalle and others from the PDP to the APC.

In a ruling, Justice Egwuatu said he was convinced it was a matter of extreme urgency that required the court’s intervention to preserve the res (subject of dispute).

The judge ordered the parties to maintain status quo ante bellum (the situation as it was before the dispute) pending the hearing of a motion filed by the plaintiff.

He asked Onoja if there was no similarity between the instant suit and another one before Justice Inyang Ekwo, also of the Federal High Court in Abuja.

Onoja said he was not aware of the other suit before Justice Ekwo.

Justice Egwuatu adjourned till July 23 with a promise to return the case file for it to be reassigned to Justice Ekwo to have him hear both cases.

He said it was untidy and could result in conflicting decisions, if different judges were made to hear different cases on the same issue.