He, however, faulted the exclusion of electronic transfer of results.

Jega stated this when he appeared as a guest during an interview on Channels Television’s Sunday Politics.

He lamented that the decision of the 9th Assembly to allow INEC to use electronic voting without the electronic transmission of results is counterproductive.

“You can’t permit INEC on one hand to use electronic voting and not use electronic transmission of results because usually, they go as a package,” he said.

“Once there is a robust software and hardware for doing so, it now brings efficiency, transparency and real time ability to see the result as they are transmitted from the polling unit to a National Collation Centre.” 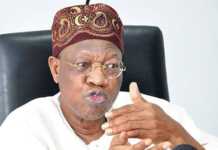