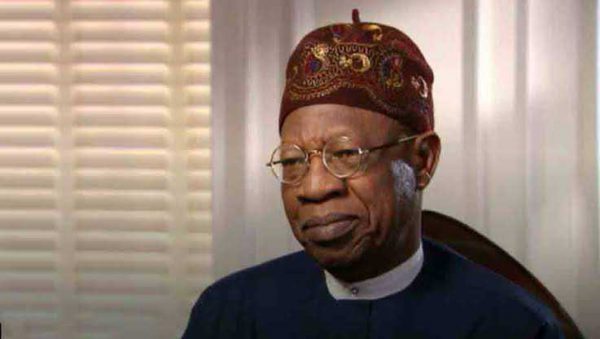 The Minister of Information and Culture, Lai Mohammed, on Saturday said the Federal Government will be responsible for taking possession of the 1,130 Benin bronzes to be returned by Germany.

“The Federal Government is aware of the widely reported controversy on who will take possession of the Benin bronzes when they are returned from Germany,” Mr Mohammed said on Saturday at a press conference in Lagos.

The return of the bronzes, looted by Britain from Benin-city in the 19th century, had recently generated some controversy in Edo State.

While the Oba of Benin wants the artefacts returned to the Benin Royal Museum, Edo State Governor Godwin Obaseki has said they will be kept in “a transformational museum to be built in Benin City.”

Mr Mohammed noted that the Federal Government would take possession while respecting the culture where the art originated from.

“Let me state clearly that, in line with international best practices and the operative conventions and laws, the return of the artefacts is being negotiated bilaterally between the national governments of Nigeria and Germany,” he said.

“What we are saying in essence is that the Federal Government will take possession of these antiquities because it is its duty to do so, in line with extant laws.

“But we have always exercised this right in cognizance of that culture that produced the art works.”

Although he did not state where the artefacts will be eventually kept, he thanked Governor Obaseki and the Oba of Benin for their work in the repatriation of the bronzes.

Mr Mohammed, who recently led a delegation to Berlin to discuss the modalities for the proposed return, said the agreement will be signed by December 2021 with repatriation to be concluded by August 2022.

He added that the return of the artefacts will be unconditional.

“We made our Germany counterparts realise that Nigeria is averse to attaching preconditions to repatriating the Benin bronzes. We made it clear that these are our properties and it is not proper to give us conditions for releasing them.

“We therefore agreed that the release will be unconditional, neither will it be staggered.

“We have decided that the repatriation of the artefacts should not be the end of an era but rather the beginning of a new vista of stronger relations, pivoted by cultural diplomacy, between Nigeria and Germany.”