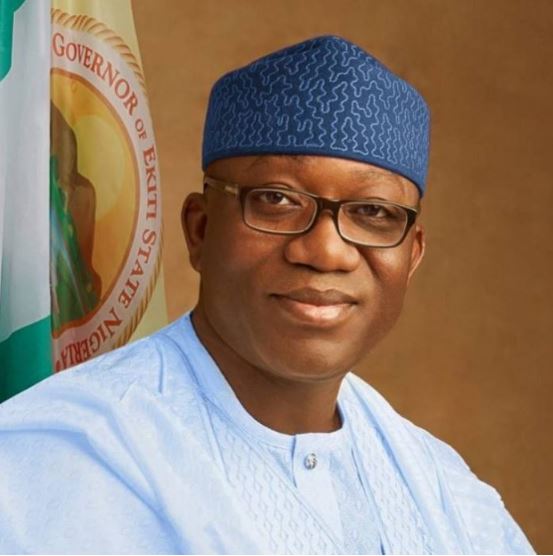 Ekiti State Governor, Kayode Fayemi, has stated that the tractors, farm implements, agro-chemicals and other farm supplements that the state received from the Federal Government will support the intention to achieve food security as one of the cardinal points of his administration’s programme.

Fayemi described the gesture from President Muhammadu Buhari through National Agricultural Land Development Agency as a demonstration of commitment to supporting farmers across the country.

Fayemi stated this in Ado Ekiti on Friday while taking delivery of the items from NALDA Coordinator in the state, Mr Adekunle Adeniyi.

He said the tractors received would assist farmers in land clearing, development and management.

Also Read: Insecurity: Ekiti People Are Afraid Of Going To Their Farms: Fayemi

The governor disclosed that he had “saddled the Commissioner for Agriculture and Food Security, Dr Olabode Adetoyi and Director General, Office of Transformation, Strategy and Delivery, Prof Bolaji Aluko, to retrieve unserviceable tractors dotted across the state for fixing in other to assist farmers during this planting season.

“The pesticides, the herbicides, the fertilizers that accompany the tractors that have come is clearly a demonstration of the passion of Buhari’s administration to agriculture. NALDA is supporting farmers across the length and breadth of the country to grow crops and to receive support from government and synergizing that with what our ministry of Agriculture and Food Security is doing can only be better for farmers and this is a major pillar of this administration.

“Agriculture and rural development are dear to us and these tractors would go along way in clearing land, to develop the land and ensuring that the lands are better managed.

“Ultimately, we don’t run the risk of food insecurity in the state which is number one, yes we do have farmers-herders clashes, even at that, the Commissioner and his team has been working with the security agencies to reduce the level of problem that we are encountering in that area,” he said.