Comedienne and actress, Princess has told the Lagos State Special Offences Court on Monday how she met Baba Ijesha.

Princess said that she met the actor in 2008 at an event and they decided to start making comedy skits together.

Princess said that Baba Ijesha wooed her but she refused him.

“Baba Ijesha wooed me in the process of our work relationship, but I rejected his proposal. I got close to him afterwards, especially after my marriage crashed in 2013. I invested in his education and he later visited me at home.”

She claimed that the actor visited her at her residence on the day he was caught allegedly sexually assaulting her foster daughter.

The court sent reporters out before playing a video clip which allegedly captured Baba Ijesha molesting the 14-year-old victim.

The defendant, who is facing six counts of rape, sexual assault and abuse of a minor, was represented by Babatunde Ogala (SAN), along with other lawyers, while the prosecution team was led by the Director of Public Prosecutions, Olayinka Adeyemi. 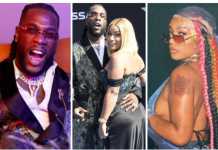