Nigerian singer, Douglas Jack Agu, alias Runtown’s longtime girlfriend, Adut Akech has hinted at a breakup between her and the singer.

The model engaged her followers in a question-and-answer session via her Instagram Stories.

A question then came in thus:

“Yes ma’am. Single and ready to mingle or whatever they say. Jokes but I’m single 🤗”

The 21-year-old South Sudanese-Australian model and the ‘Mad Over You’ crooner officially became an item in 2020. The singer had shared pictures of both of them together on his page and also confirmed that they were dating during a live Twitter chat with fans. 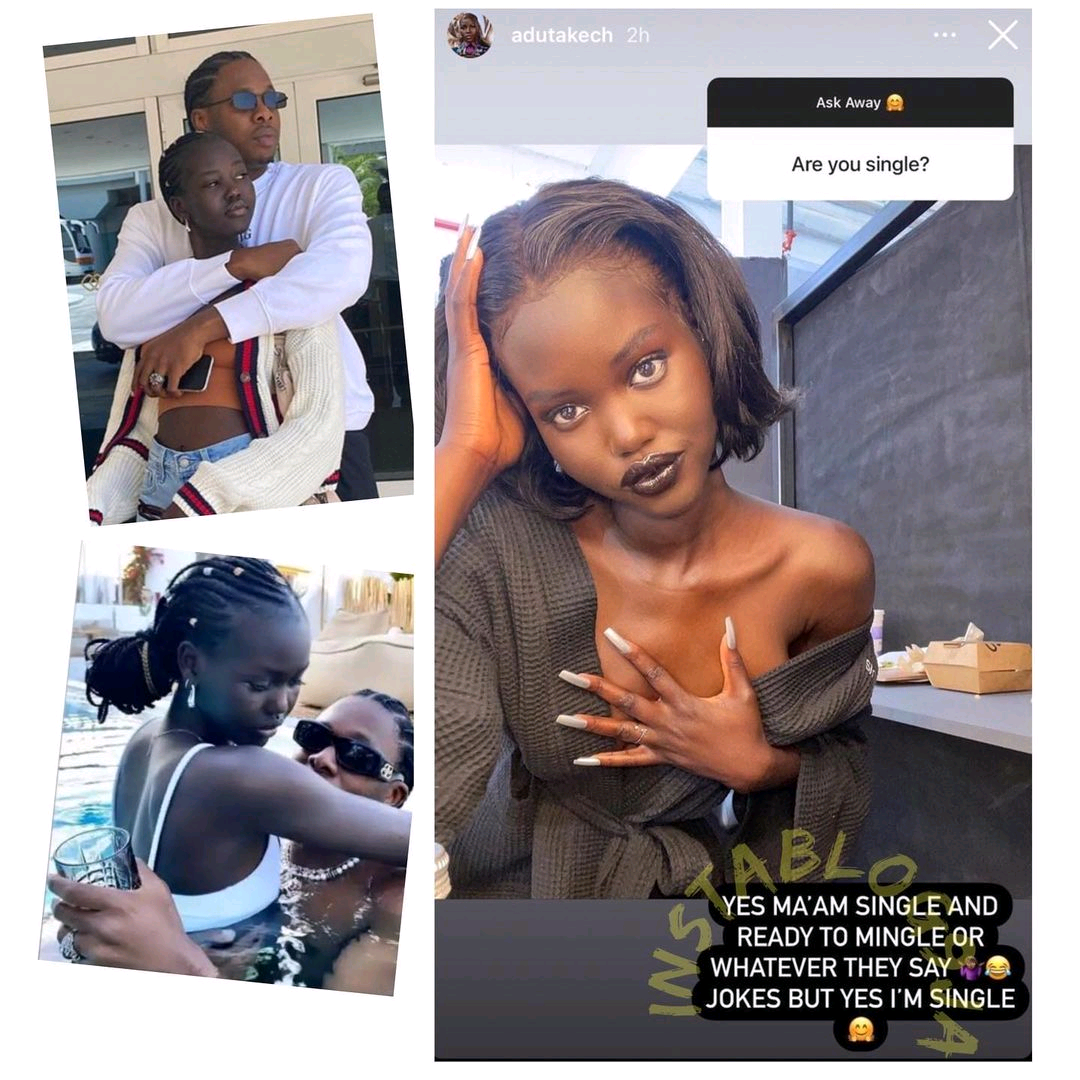