Nigerian actress, Iyabo Ojo has bagged an award tagged Force of Influence from TrendUpp Africa at the TrendUpp Awards 2021.

According to the organizers, the movie star is the most influential Nigerian on social media. 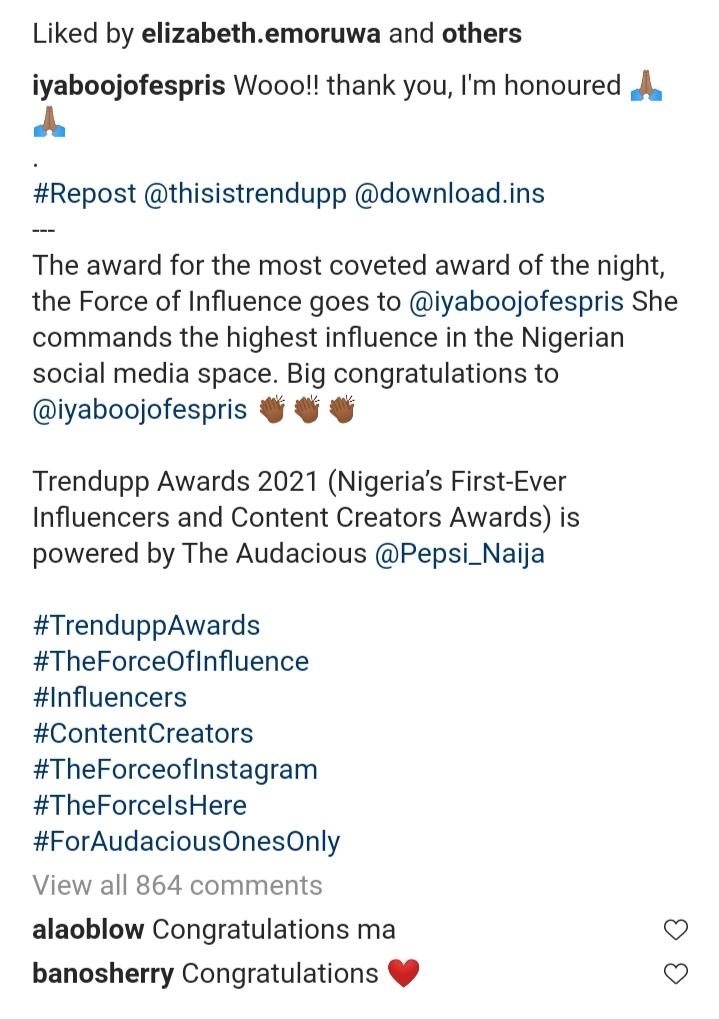