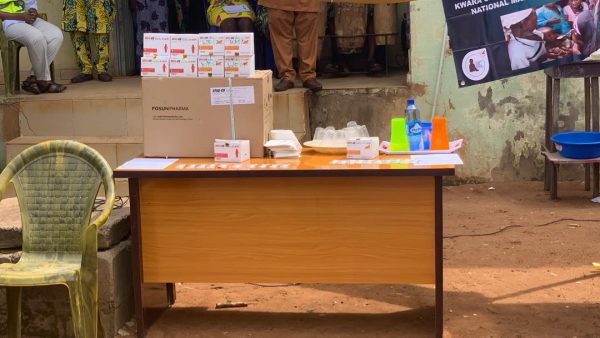 Kwara state government has flagged -off house-to-house distribution of drugs against malaria during the rainy season for children and pregnant women.

Speaking at the event in Ilorin, Governor AbdulRahman AbdulRazaq, said the programme was meant to prevent children and pregnant women from contracting malaria disease.

Represented by the state commissioner for Health, Dr. Raji Razaq, the governor noted that the state government adopted a house-to-house distribution of drugs to avert deadly malaria diseases for children between the ages of 3 months to 5 years.

He added that the initiative was meant to prevent about 600,000 children in 11  selected local government areas in the state.

AbdulRazq said the programme will cut across four months (July to October) with three circles in each month.