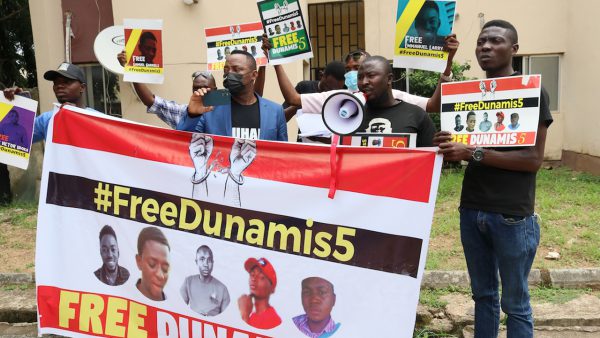 Human rights activist and pro-democracy campaigner, Omoyele Sowore, has threatened another mass protest if some youths arrested for wearing ‘Buhari Must Go’ T-shirts to a Sunday Service at Dunamis International Gospel Centre Headquarters in Lugbe, last Sunday, are not released within seven days.

Those arrested and detained by the Department of State Services (DSS) are Emmanuel Larry, Henry Nwodo, Samuel Gabriel, Ben Manasseh and Anene Udoka. They wore T-Shirts with the inscription #BuhariMustGo to the church and were picked up by DSS operatives.

Sowore, at a press conference organised in Abuja, yesterday, by a group called ‘Take It Back Movement’, also alleged that the General Overseer and Senior Pastor of the church, Pastor Paul Enenche, collaborated with the DSS to effect the arrest of the persons.

According to him, “the church has allowed itself to be used by the President Muhammadu Buhari administration, which he described as despotic.

“The church should be a refuge for the oppressed and not a collaborator with oppressors. We are urging the church since it handed over the five persons to the DSS to tell them to release the detainees,” he stated.