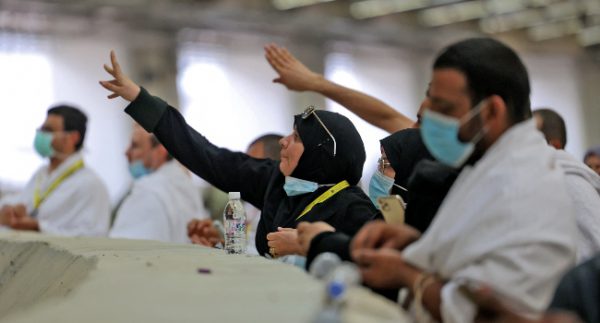 Muslim pilgrims cast sanitised pebbles Tuesday as they took part in the “stoning of the devil”, the last major ritual of this year’s hajj which is again under tight coronavirus restrictions.

From first light, small groups of pilgrims made their way across the Valley of Mina near Mecca in western Saudi Arabia to symbolically “humiliate” the devil at the Jamrah al-Aqaba mosque.

Wearing masks and the ihram, the pilgrim’s seamless white garment, they each threw seven stones at a pillar symbolising Satan, taking them from sealed bags provided by the authorities.

The stoning ritual has in past years led to deadly stampedes, as millions of participants converge on a tight space, but on Tuesday crowds were sparse and there was only a light security presence.

The pandemic has for a second year forced Saudi authorities to dramatically downsize the hajj and just 60,000 fully vaccinated citizens and residents of the kingdom are taking part — up from 10,000 last year.

The hajj, one of the five pillars of Islam and a must for able-bodied Muslims who have the means at least once in their lifetime, is usually one of the world’s largest religious gatherings, with 2.5 million taking part in 2019.