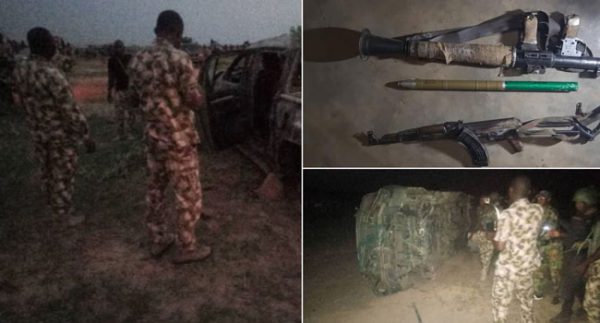 Troops of the 82 Division Task Force Battalion on patrol along Ngoshe – Ashigashiya, about 12km from the unit’s location have made contact with elements of Boko Haram Terrorists at Daushe.

This is according to a communique by Brigadier General Onyema Nwachukwu, Director of Army Public Relations.

According to him, the troops, who fiercely engaged and sustained heavy gunfire on the terrorists during the encounter neutralised five terrorists, compelling the terrorist group to retreat in disarray into the Mandara Mountains with several gunshot wounds.