Popular Nigerian singer, Simi has slammed critics who criticized her over her last post that men and women are raised differently.

“Bruh if you’re triggered by my last post. Take one minute and think why… Seen a lot of guys saying “if they raise the girls, why are there so many oloshos?” First of all, f***k you.

Second of all, the things that a woman will do and be called olosho, man go do am, dem go hail am call am Baddest! Why? “BOYS WILL BE BOYS” If you’re a man and you disagree, answer me this – if you had a choice to be treated like a man or woman, at work, in relationships, as parents, in school, would you rather be treated like a woman??” 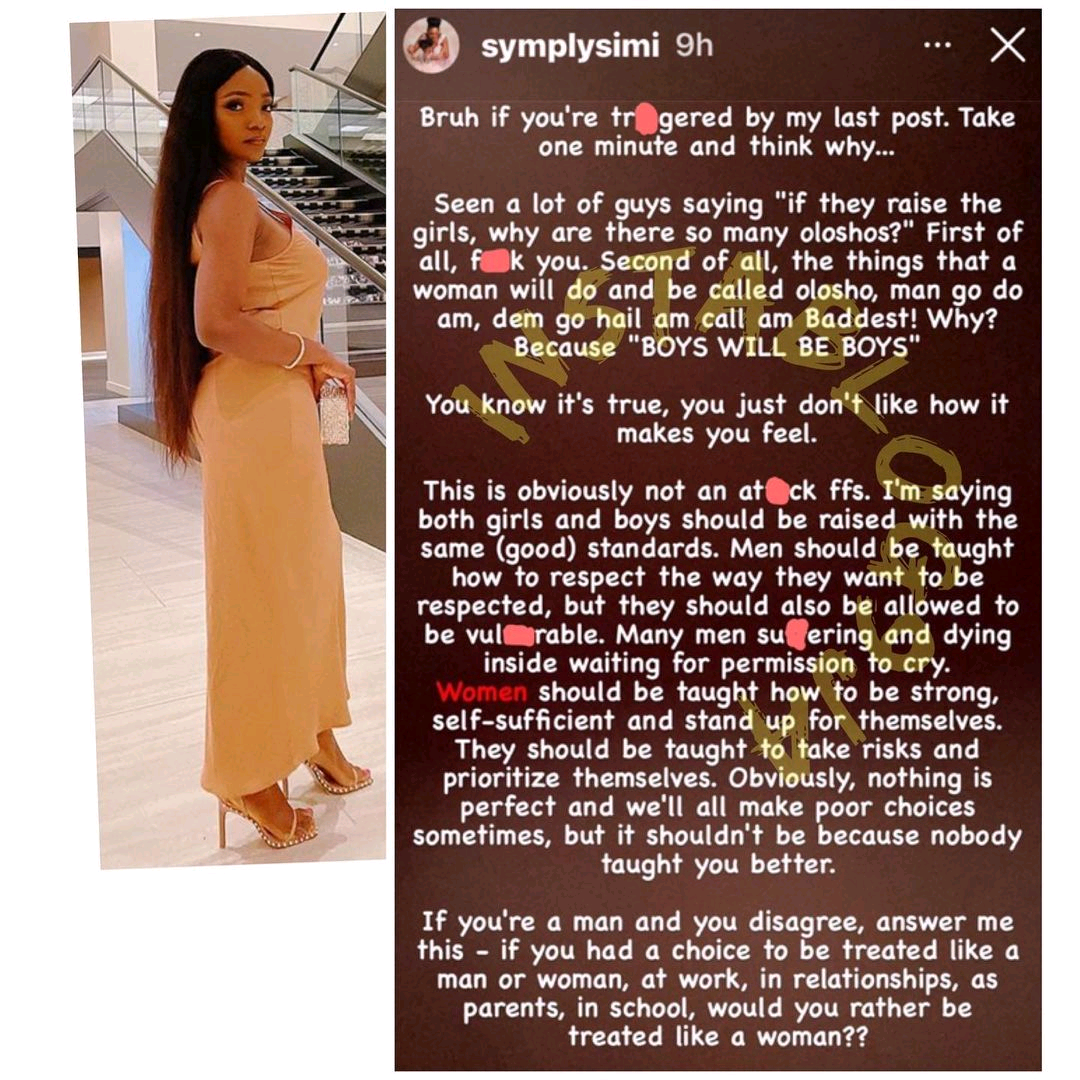 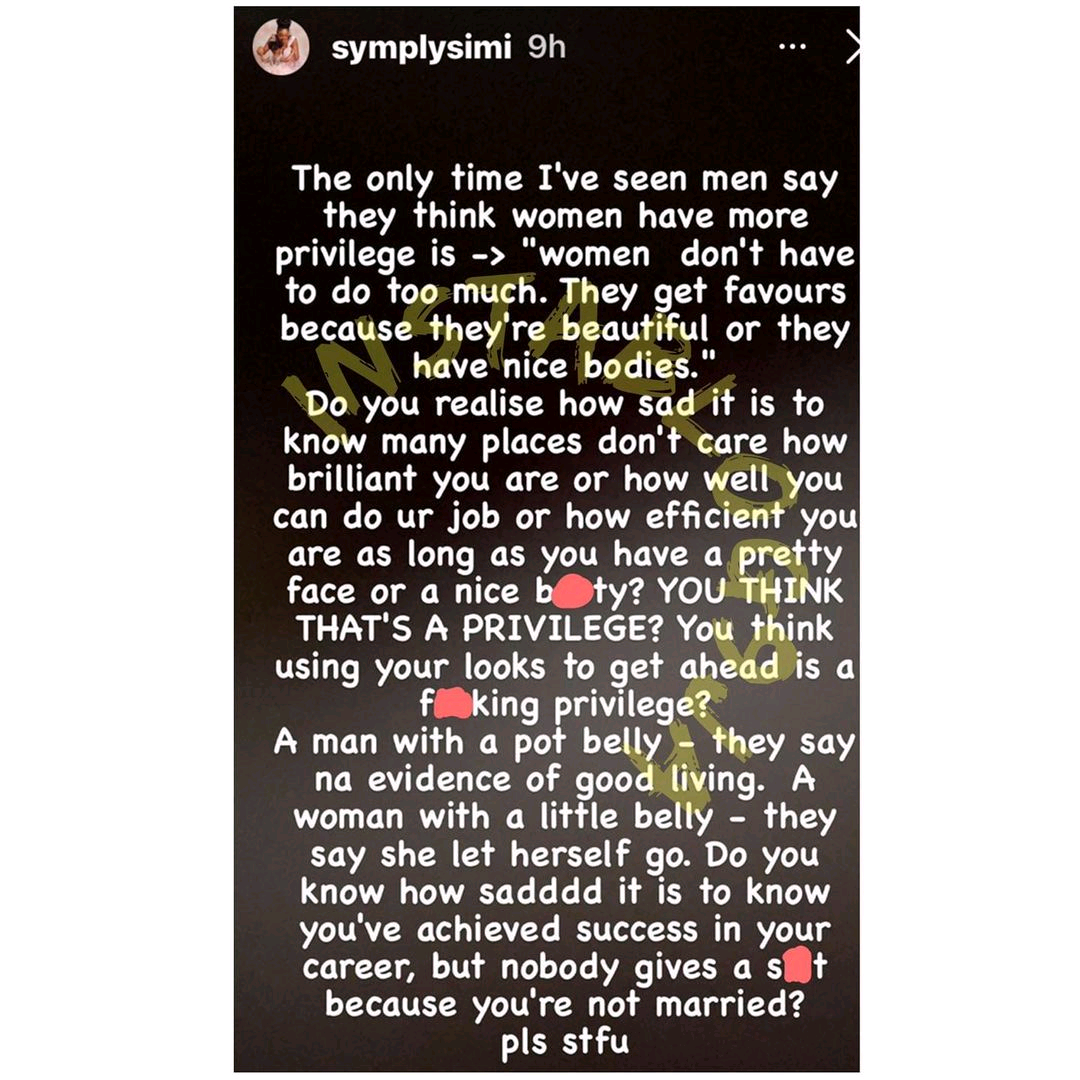