Yoruba actor, Yomi Fabiyi has been made to feel the heat for his newly-released movie, ‘Oko Iyabo’.

The movie premiered on YouTube and social media users who watched it found it disrespectful and misleading.

They all took to their respective pages to blast Fabiyi who produced and directed the movie.

“The audacity of Yomi Fabiyi!! The audacity. Made a movie & titled it “Oko Iyabo” only for the movie to depict the alleged sexual abuse of Princess daughter. The audacity is him using their real names in the movie, what manner of madness is this? I hope everyone flags it on YT.”

“If you find that Yomi Fabiyi movie nice, you are a disgusting human.” 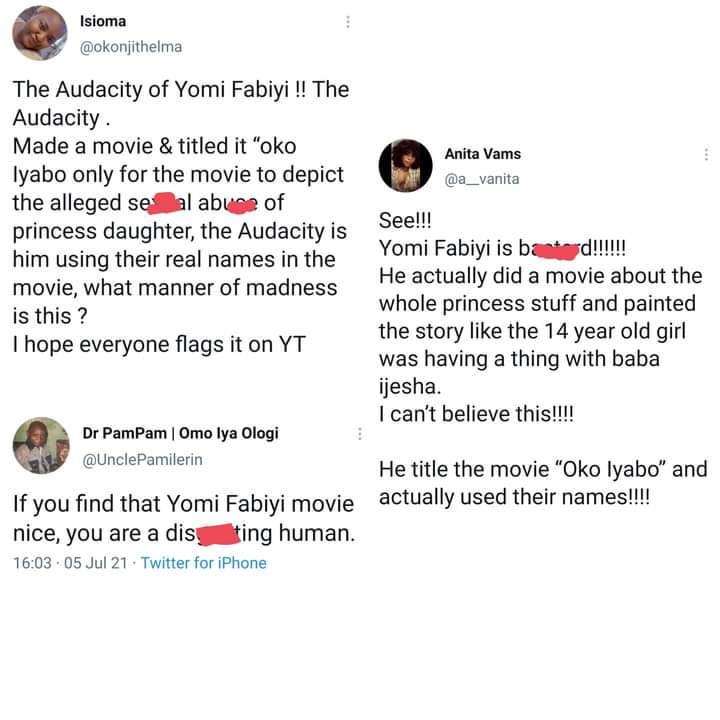 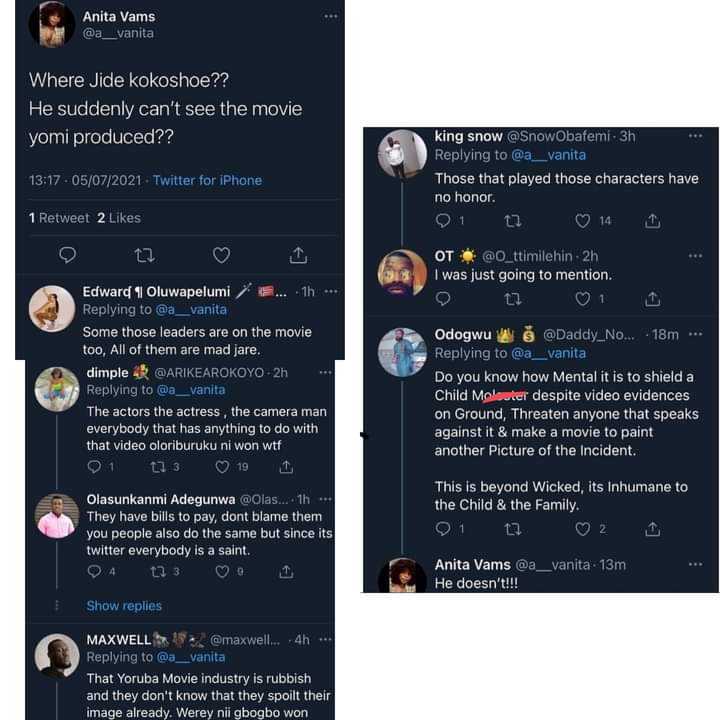