Nigerian actor, Kunle Remi, has been slammed for declaring his support for BBNaija Shine Ya Eye housemate, Pere.

Pere has become one of the most popular housemates of the season for his ruling style as the Head of House for a week.

He also appears to have stepped on many toes with his attitude towards his fellow housemates, particularly White Money, during his tenure as Head of House.

However, actor Kunle Remi seems pleased with Pere’s game strategy as he took to his Instagram page on Monday to state that Pere is someone he knows well.

Kunle further said that Pere is the content king who is acting differently in the house just to get reactions from viewers.

Storming his comments section to attack him, netizens and colleagues of the actor slam Kunle for throwing his weight behind Pere.

Actor Lateef Adedimeji wrote, “Pls what is the problem with you gan gan”

@peesounds wrote, “They’ve either begged or paid you to post this yeye Pere guy” 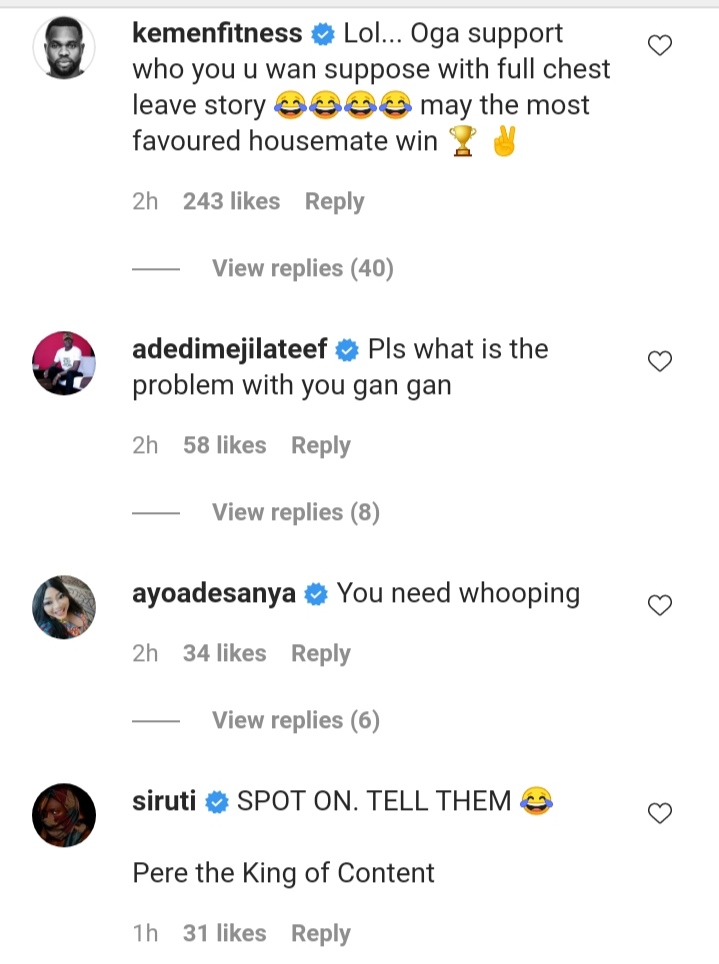 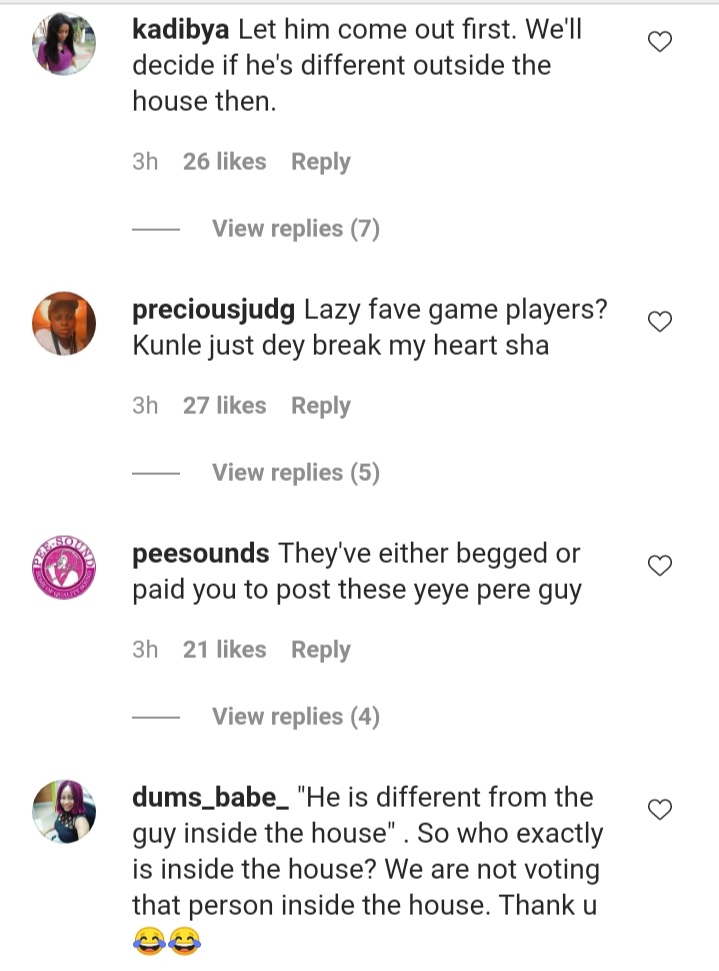