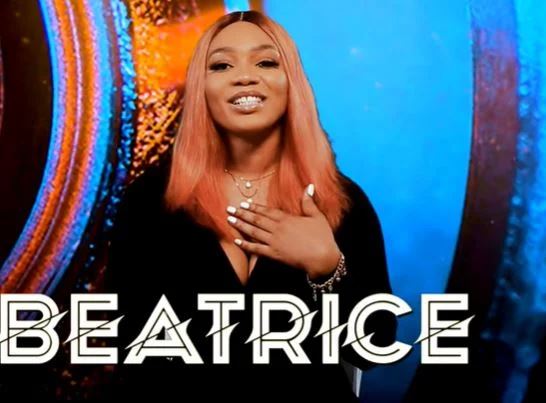 Newly-evicted BBNaija Shine Ya Eye housemate, Beatrice, has revealed who she thinks is being fake among the housemates.

Beatrice revealed the person during her interview with Ebuka Obi Uchendu on Monday.

According to the mother of one, Pere is the one who has been acting fake among the housemates and has not been his real self.

“The housemate I feel is fake is Pere. There is just something fake about him. I think he is acting in the house,” she said.

Read Also: BBNaija Shine Ya Eye: I Was Raised To Be Quiet; I Don’t Know Myself – Beatrice

She went further to reveal that her decision to be pretend to be a wildcard affected her relationship with the housemates but she did it just to be noticed.