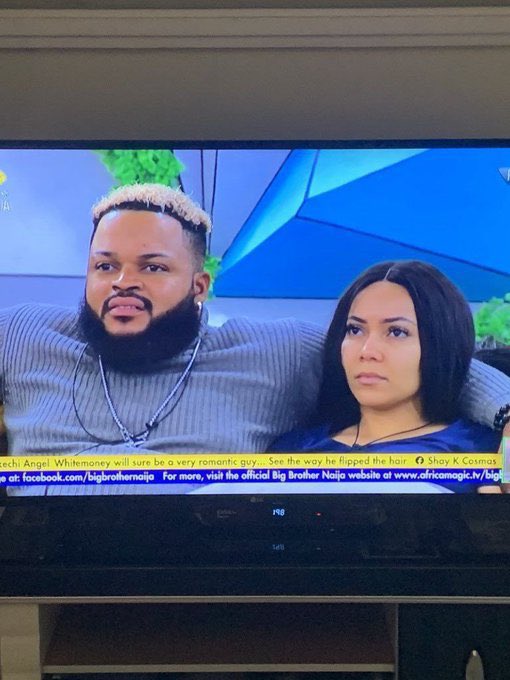 BBNaija Shine Ya Eye housemate, White Money, has said that he is attracted to Maria’s personality and not her body as Maria.

White Money said this to Boma and Cross while sitting in the garden.

White Money told them that he would not allow Maria to come to his bed because he doesn’t like her that way.

However, he argued that she has a strong personality and that’s the kind of woman he would like to get married to.

He further went on to say that as an Igbo man, he does not a beautiful woman as a wife. Rather, he needs a strong woman like Maria who can defend him and protect his property and business when he is not around.