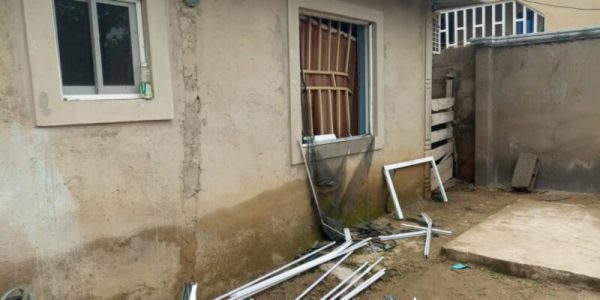 A witness said the victims were taken from 3 houses and a hotel within Unguwar Fulani area of the metropolitan town.

A resident, Faith Lucky, whose two children a 17-year-old girl, and a 15-year-old boy, were taken, said she became aware of their presence when they started hitting her compound’s gate.

She said it took them about 20 minutes to pull down the gate.

“I woke up my children immediately and made an attempt to glance toward them through my window. But within a few minutes they rushed towards there and broke part of the window’s burglary.

“They flashed light, and pointed a gun towards me, directing that I should open the room’s door.”

The woman added that in the process, they forced them to surrender their phones along with the available money in their possession, before leaving with the two children.

Another woman said the gunmen arrived her compound around 1 am, and that she, along with her husband, were able to escape.

She said the attackers were able to reach the section where her visiting mother and brother in-laws were.

“So my brother-in-law remained with mama who could not move away. That was how they abducted him and also took our other belongings like phones, laptops, as well as clothes and shoes,” the woman said.

A resident, who simply gave his name as Ruben, said the attackers who also abducted two hotel staff in the area, adding that they operated for more than an hour before fleeing on hearing the police siren.