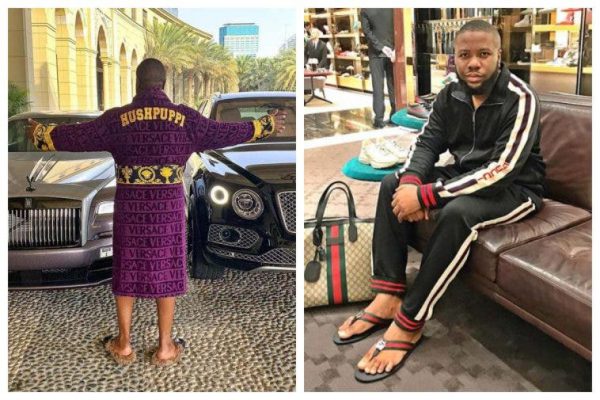 Hushpuppi and five gang members were arrested for allegedly being involved in fraud and laundering money meant to finance a school for children in Qatar.

Mo Abudu has now revealed that her company, Ebony Life is partnering with the Will Packer Production and Universal Studios to make a movie out of Hushpuppi’s fraud case to be titled “The Fall of the Billionaire Gucci Master”.

Mo Abudu explained in a lengthy social media post that when Hushpuppi’s story made headlines last year, she pitched the story idea to Will Power-Packer and James Lopez, and they bought the idea.

Abudu said it is a dream come true as she has looked forward to working with Will Packer production and Universal Pictures on the project.

According to the owner of EbonyLife, there are many lessons to be learned from good or bad stories, and if they do not tell the story, someone else will and ensure the story is told with authenticity.

She added that Hushpuppi’s story is based on a real person whose story is already partly known to the world, but the film gives them a real chance to tell a cautionary tale about a character formed by his environment and life choices.

She wrote, ‘‘When the Hushpuppi story made headlines last year, I pitched the story idea to @willpowerpacker and James Lopez. They bought the idea and as headlined in this press release, together we won the rights to the Bloomberg article by Evan Ratliff mentioned above.

‘‘The globetrotting action thriller project is said to be a hybrid of catch me if you can and usual suspects. It’s a dream come true to be working with Will Packer Productions and Universal Pictures on this project,’’.