Minister of Police Affairs, Muhammed Dingyadi has adviced Nigerians not to take up arms illegally to defend themselves against bandits.

He stated this on Tuesday during the second annual ministerial media briefing at the police headquarters in Abuja.

The minister was speaking in the wake of calls by some prominent Nigerians such as Katsina State Governor, Aminu Masari, asking citizens to defend themselves against bandits.

Also Read: Masari Addresses Call For His Resignation Over ‘Self Defence’ Comment

Reacting to Masari’s call, the Minister expressed that the Governor is entitled to his opinion.

“I think we should know that we are in Nigeria, where everybody is entitled to his opinion. I think the governor has the right to canvass for what he thinks it is right in his state,” he said.

“So, we need to have the support and partnership of Nigerians in the efforts we are making towards fighting crimes and criminalities. I think that is what the governor is talking about.

“Everybody should contribute his quota towards fighting crimes. We are not saying people should take arms illegally.” 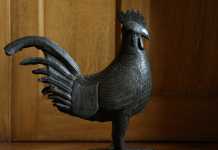