James Brown took to his Instagram Story to complain about being ignored by the music star despite being a huge fan of the DMW label head and singer.

Brown further wrote that he is still on the block list of the father of three for no reason and wondered if it’s because he is feminine.

James Brown added that Davido has LGBTQ fans in foreign countries such as the United Kingdom and the United States of America but does not show love to his Nigerian LGBTQ fans. 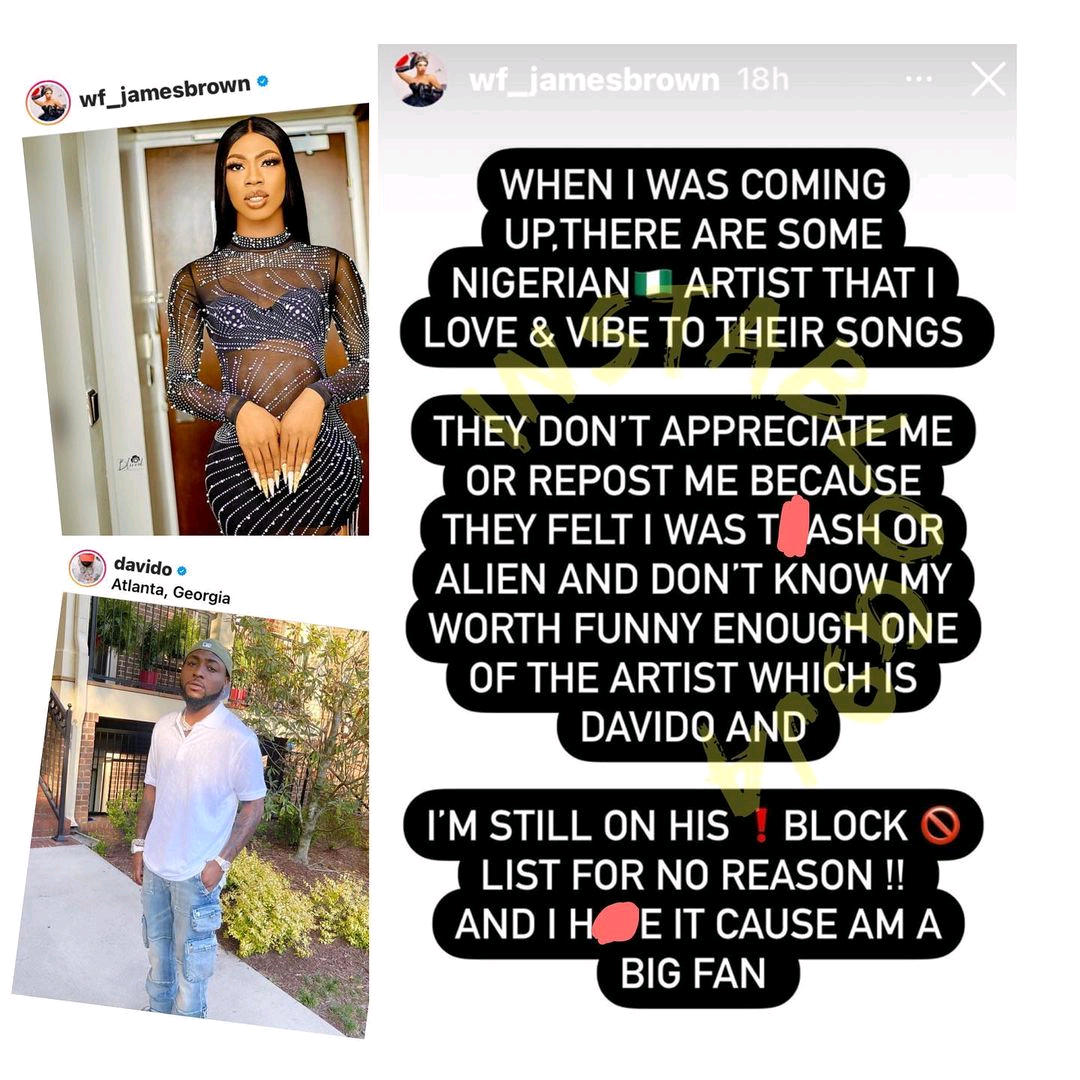 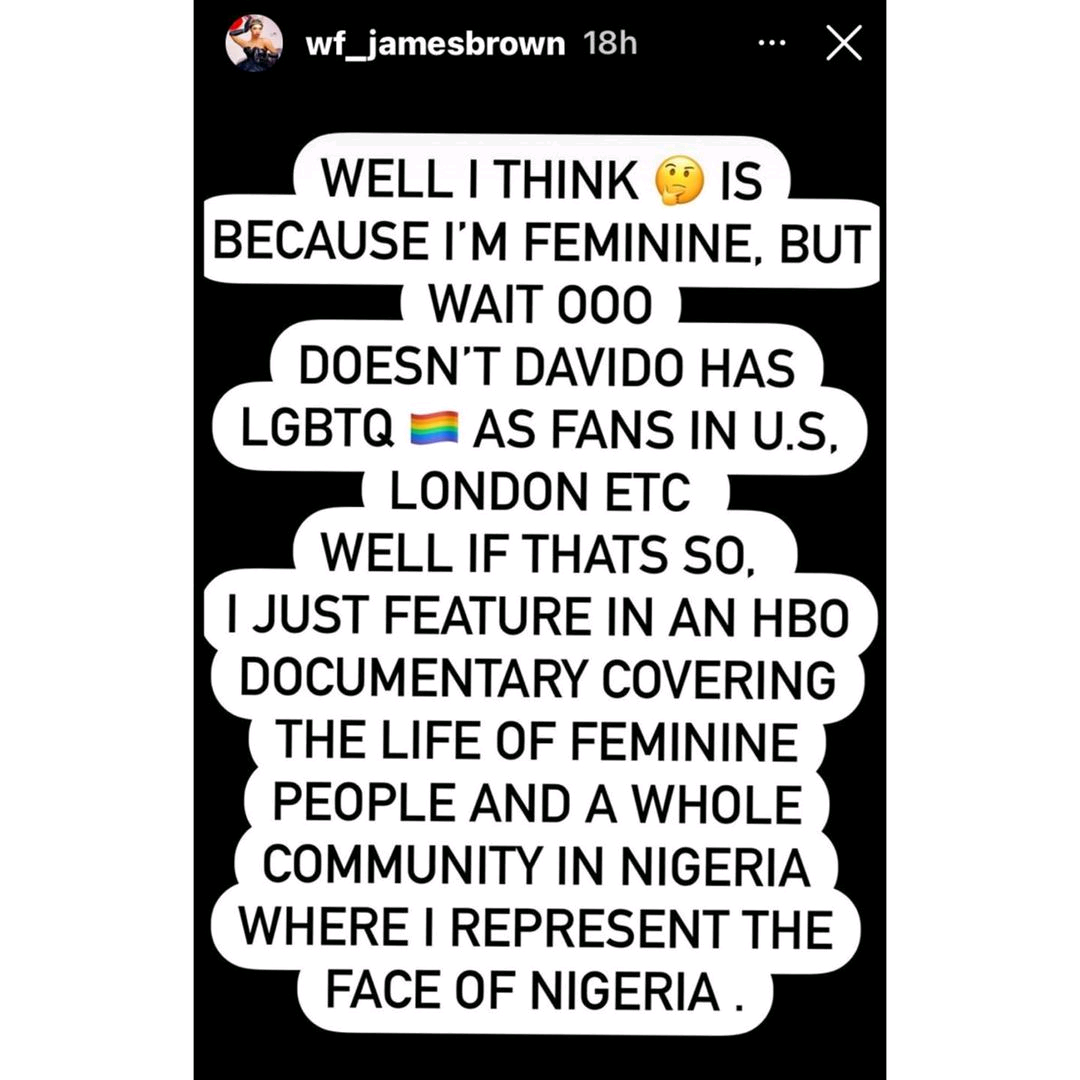