Nigerian actress, Gbemi Anthonia Adefuye, better known as Toni Tones, has said that she had to learn Yoruba just because of her role as young Eniola Salami in the first and second installment of the King of Boys franchise.

A fan of the movie franchise had tweeted about Tones’ impeccable Yoruba in the movie.

Read Also:I Once Met A Man Who Wanted Me To Give Up My Career For Him – Toni Tones

The fan @BabsStephanie wrote, “Imagine if Toni Tones did not know how to speak yoruba. Who would have given this amazing performance of young Oba? #KOB2 #kingofboys2″

“I had to learn it for king of Boys. Had no clue what I was saying for most of it.” 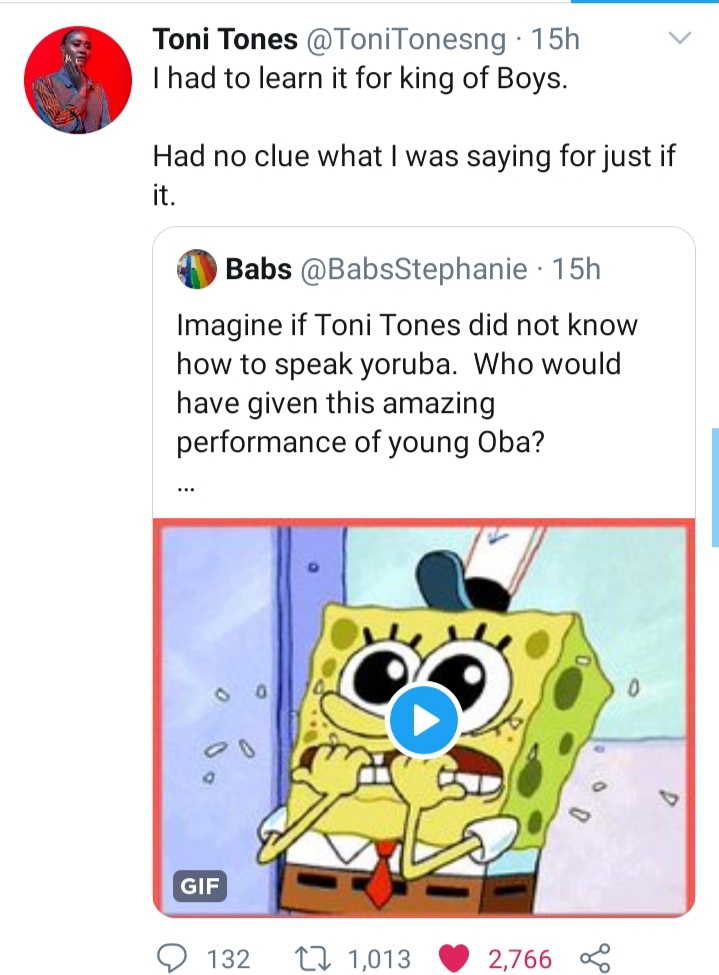