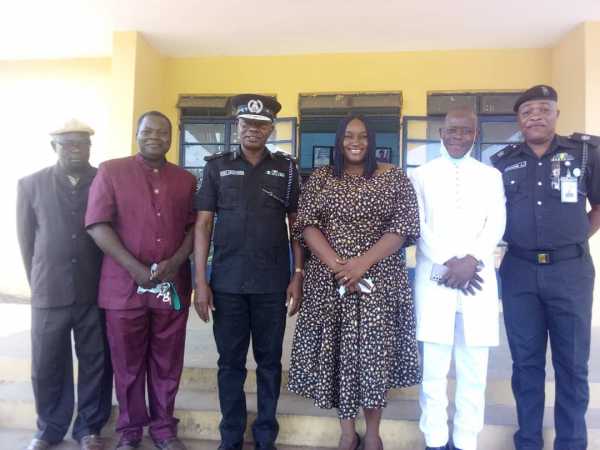 The Kwara State Government has deepens it collaboration with the police to fight environmental hazards and law offenders in the state.

The Commissioner for Environment, Mrs Remilekun Banigbe gave this indication during a courtesy visit to the Kwara State Police Command headquarters, Ilorin the state capital today with her team.

Banigbe while welcoming the new Commissioner of Police, Kwara State Command, Emienbo Tuesday Assayamo to office, expressed appreciation to the police force for the existing good working relationship enjoyed by the ministry with the police force.

She stressed on the need for more collaboration in tackling environmental issues that are of paramount to the state.

“We thank you for extending your hands of friendship anytime we came calling, and for the good working relationship, but we still need your support in assisting the ministry to combat environmental issues affecting the state” she said.

The Commissioner added that support will be needed to stop felling of tress for charcoal production which is prohibited in the state having law backing, environmental banditry and sanitation exercise law offenders.

In his remark, the Permanent Secretary of the ministry, Pastor Abraham Kola Ojo, said the ministry has been battling with saboteurs on forest reserves, hence needs the cooperation of the police force for enforcement in arresting and penalizing any law breaker.

He stated that apart from other effect on climate changes, felling of trees for charcoal production cannot be overemphasized with the great damage it has on the climate condition and to human health.

Ojo also seeks the cooperation of the police force on security backing for strict compliance of the monthly sanitation exercise usually observed in the state between 7am – 9am, not only in the metropolis but also extended to other areas in the state.

Responding, the new Commissioner of police, Kwara state command, Emienbo Tuesday Assayamo, assures the ministry of total support and cooperation of the police force in combating any environmental issues in the state.

He stated that the police force will need to work with ministry’s taskforce for adequate enforcement of the environmental law and that police officers will be stationed at the boundary of the state for monthly sanitation exercise compliance.