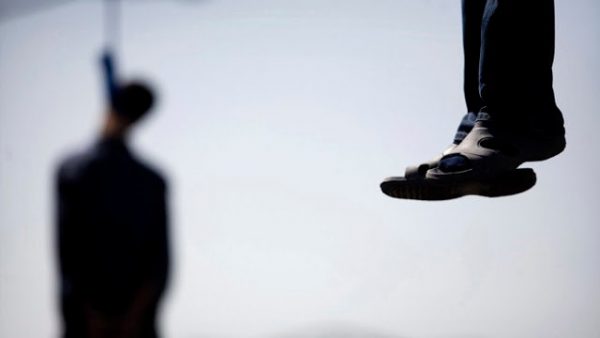 A 40-year-old man, Bangos Adams has been sentenced to death by hanging by Adamawa high court for killing his wife and child.

Justice Fatimah Ahmed Tafida ordered that Bangos should be hung by the neck until he dies.

Tafida held that the prosecution proved beyond reasonable doubt that Bangos, was guilty of the two-count charge preferred against him by the prosecution, and convicted him as charge.

Bangos, who hails from Janjaba village in Gombi Local Government Area, Adamawa state, was tried and found guilty for killing his wife, Regina Bangos and her child, Revelation James.

The convict who is also a farmer was earlier charged to court for killing his wife by hitting her in the head with an axe and hacking her child with a cutlass which led to their untimely death.

The convict, in his confessional statement, told the court that he married his late wife after she was divorced by her former husband, adding that she came to his house with a child she bore for her former husband.

He informed the court that anytime they had misunderstanding,  the deceased would threaten to return to her former husband, and that her seven-year-old son supported her decision to return to his father.

According to him, they were together at home on the 15th June, 2021, when she asked him to give her grains in order to prepare food for them, and that he simply replied by telling her to go to the kitchen and get it.

He added that his wife refused to go to the kitchen so as to fetch the grains, instead, demanded that he should buy bread for them to eat and leave the grains to be used the following day.

He added that her response made him angry and started nursing a grudge against her and the child because of his support.

He said when all of them retired to bed for the night on that day, he got up, picked an axe and cutlass and hit her three times in the head.

He further confessed that while she was struggling with death, he used the cutlass to hack the seven-year-old to death.

He fled and reported himself to Local Hunters Association who arrested him and handed him over to the police in Gombi LGA.