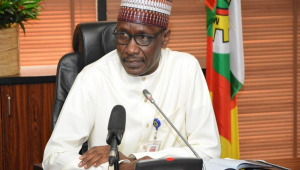 Kyari disclosed this when he appeared on an NTA interview programme on Tuesday.

Speaking during the interview, Kyari said the allocation for host communities has a low percentage but a bigger value.

He stated that the three percent from operating expense is bigger than 30 percent allocation from profit oil and gas.

“For instance, when you say 30 percent profit oil and gas from NNPC shares or from PSC, it is a very small number. The percentages appear very outrageous but 30 percent of what? Nobody has sat down to look at it. When you say profit oil 30 percent, it probably comes down to less than $400 million per annum,” he said.

“You can see that those percentages don’t reflect the realities that we are trying to achieve by this. And for profit oil, there are lots of uncertainties around it because if you don’t make profit it is zero but you must spend money to do operating expense.

“We are very sure that provisions that are meant for host communities will be implemented and delivered.”