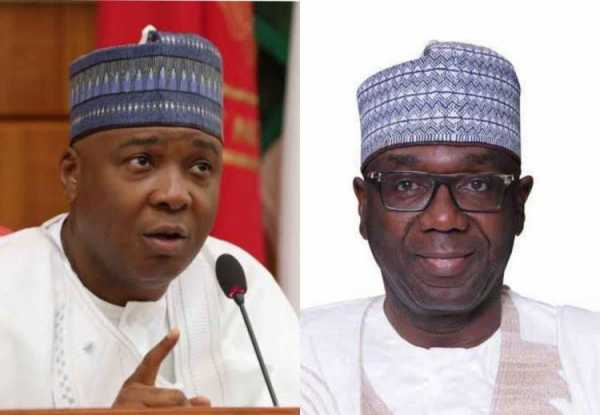 The Kwara Consultative Stakeholders Forum, a group associated with the Saraki dynasty has filed a suit before the Abuja Division of the Federal High Court, seeking an order to restrain and stop the Kwara State government from taking its proposed N35 billion bond.

In the suit, FHC/ABJ/CS/848/2021, which has as defendants; Governor Abdulrahman Abdulrazaq, the Kwara State House of Assembly, the State’s Attorney General, Federal Ministry of Finance, Securities and Exchange Commission, Greenland & Growth SPV Limited, GTL Trustees Limited and EAC Trustees, is seeking to restrain the State Government and its agents from assessing the proposed bond.

It would be recalled that the Kwara State government, under Governor Abdulfatah Ahmed had in 2009 issued N17 billion bond for infrastructural development projects.

The state Ahmed’s government also in 2014 assessed N20 billion to finance innovative projects such as dualisation of Michael Imoudu to Gamo Road, part completion of Kishi/Kaiama Road, indoor sports Hall of Ilorin Stadium and the new campuses for Kwara State University at Osi and Ilesha.

However, discerning observers are reading political undertones to the suit filed by this consultative group, given the fact that was also gathered that deductions and repayment arrangement for the loan has been approved by Governor Abdulrazaq to start in couple of months.

As at the time of filing this report, some of the defendants have already been served.

This raging controversy of the N35b bond since the approval by the State Assembly in January is not limited to the saraki’s PDP alone but also Governor Abdulrazaq’s critics within the party who are always unsparing of the governor on any issue of the N35billion bond since the State House of Assembly approved in January.