Egypt’s Ibrahim Hamadtou has inspired fans all over the world after he came out to represent Egypt in the Tokyo 2020 Paralympics. 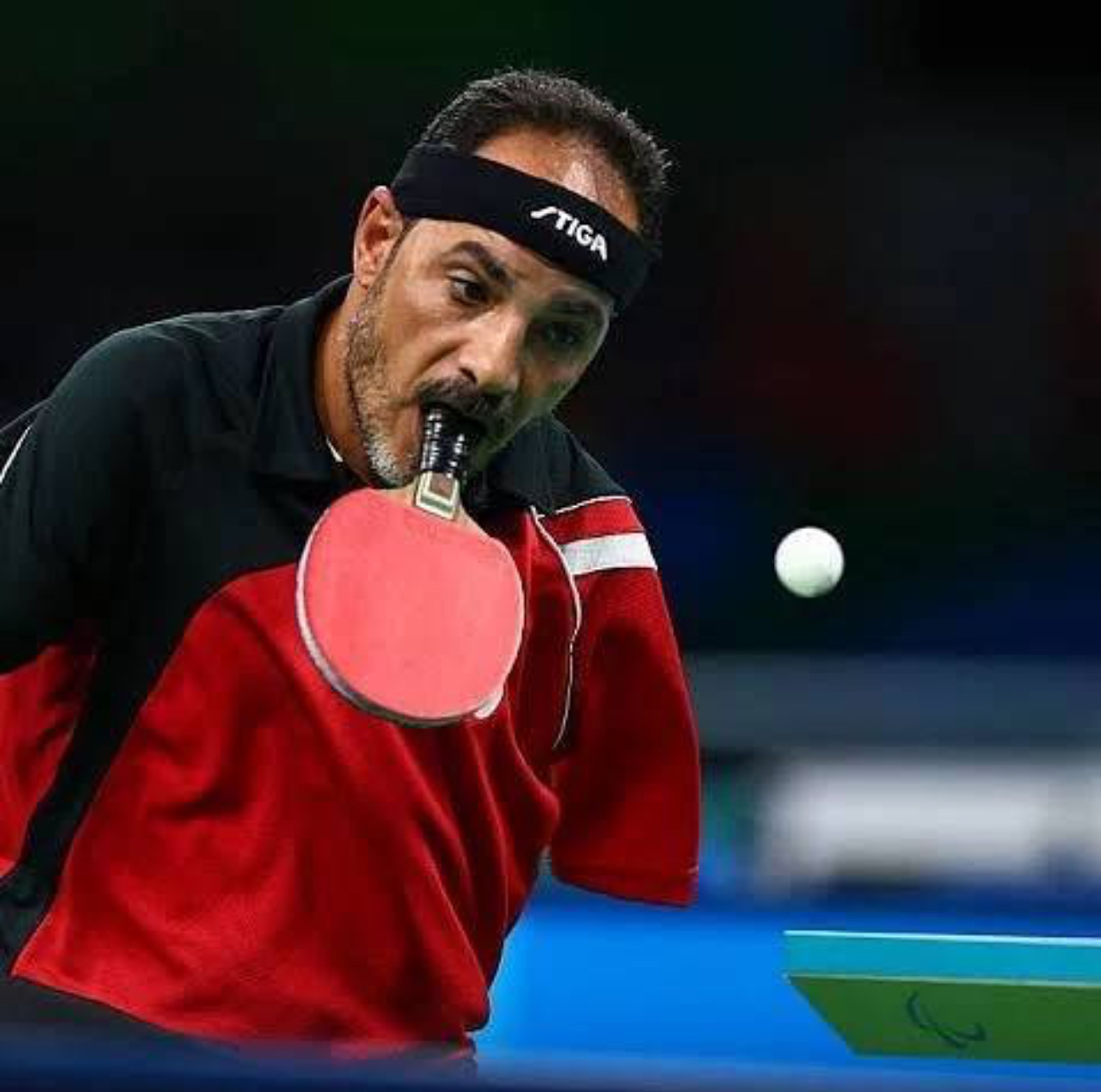 Hamadtou, who lost both his arms at the age of 10, competes at table tennis, but plays with the bat in his mouth.

Fans were left surprised by how he tosses the ball up to serve with his foot and generates remarkable spin on the ball, despite his lack of arms.

He played South Korea’s Park Hong-ku in the Class 6 qualifiers on Wednesday, August 25 in Tokyo.

Class 6 is open to athletes who can stand but have impairments to their arms and legs. 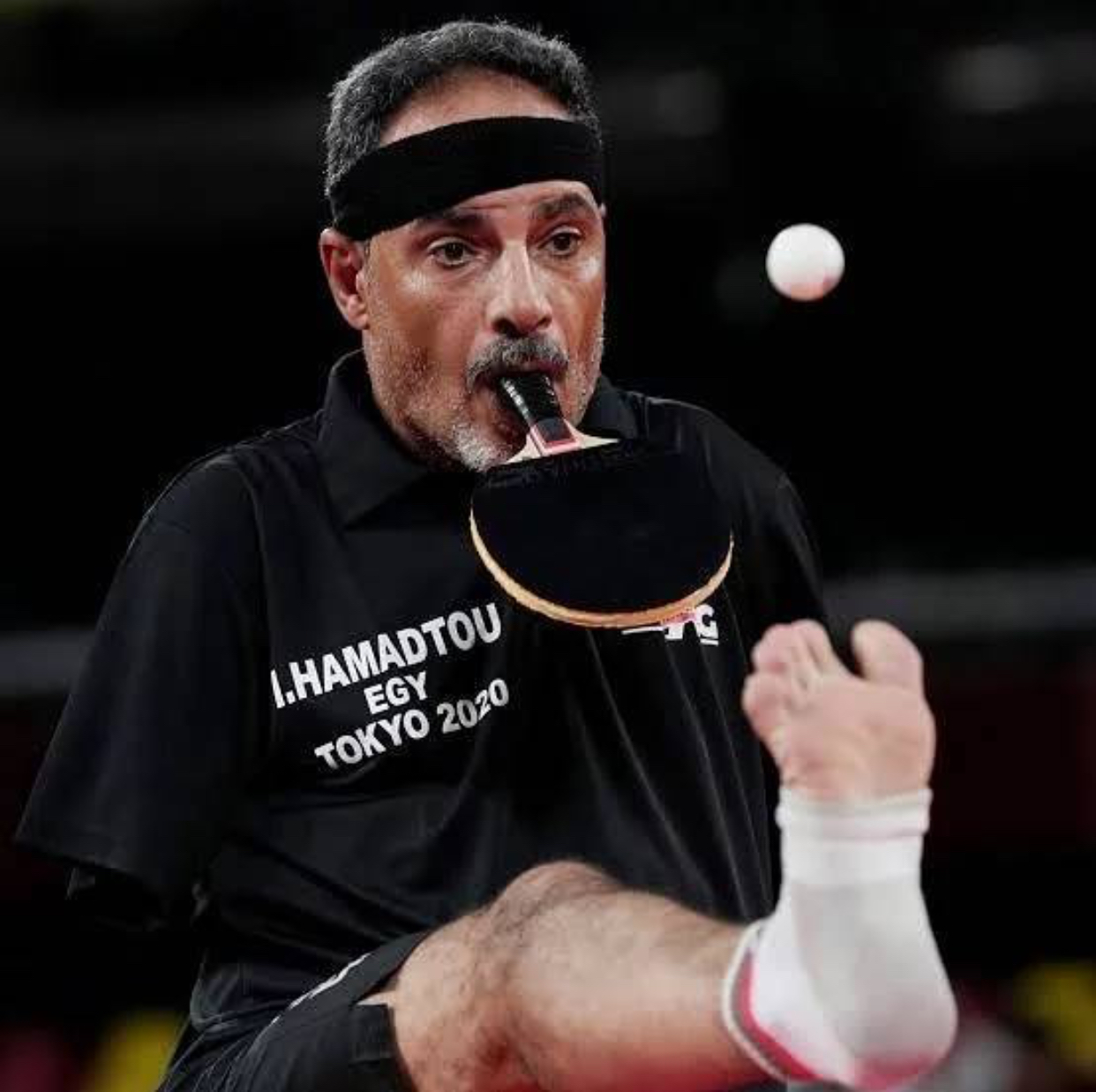 In an interview with CNN in 2014, Hamadtou explained how he started playing ping pong.

‘In our village, we could only play, at that time, table tennis and soccer – that’s why I played both,’ he said.

‘It was logical to play soccer first due to my case, then I played table tennis as a challenge.

‘It was quite difficult playing table tennis after the accident. I had to practice hard for three consecutive years on a daily basis. At the beginning, people were amazed and surprised seeing me playing.

‘They encouraged and supported me a lot and they were very proud of my willing, perseverance and determination.’