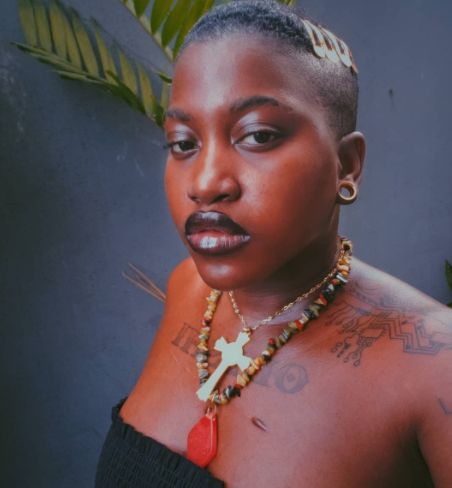 Nigerian queer singer, Temmie Ovwasa, has revealed that she does not want to have children.

The openly lesbian singer gave her reason for this.

Temmie Ovwasa stated that it’s because she doesn’t want her kid to end up becoming a heterosexual.

Read Also: Why I Can’t Stop Being A Lesbian – Singer Temmie Ovwasa

“There are so many reasons I don’t want to have kids, but on top of that list is my heterophobia. Imagine gathering money to find a sperm donor, to have a child and that child turns out to be a heterosexual, a heterosexual in my home,” she said.