Emefiele, disclosed this while making his presentation at the 30th annual conference organised by finance reporters in Lagos State on Saturday.

He also noted that interventions introduced to minimise the impact of COVID-19 on the economy contributed about 3.5 per cent of the country’s Gross Domestic Product.

Emefiele was represented by the bank’s spokesperson, Osita Nwanisobi at the event.

He said, “In Nigeria, the current level of infrastructure deficit is a major constraint to economic development and attainment of growth average rate of at least five to seven per cent required to boost productivity and sustainable growth for businesses.

“According to the World Development Indicators (2019), 56.20 per cent of Nigerians have access to electricity, while electric power consumption stood at 144.52 kWh per capita as of 2018.

“While infrastructure deficit in Nigeria is estimated to be about 1.2 per cent of GDP, it is projected that the Federal Government needs to commit about $100bn annually to address the nation’s infrastructural deficit.” 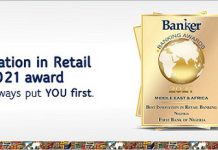 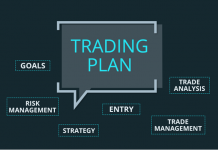 What you need to start trading Forex: Essential skills for a beginner