Fans of the popular reality TV show, BBNaija, have taken to social media to blast the husband of Tega, one of the housemates this season. 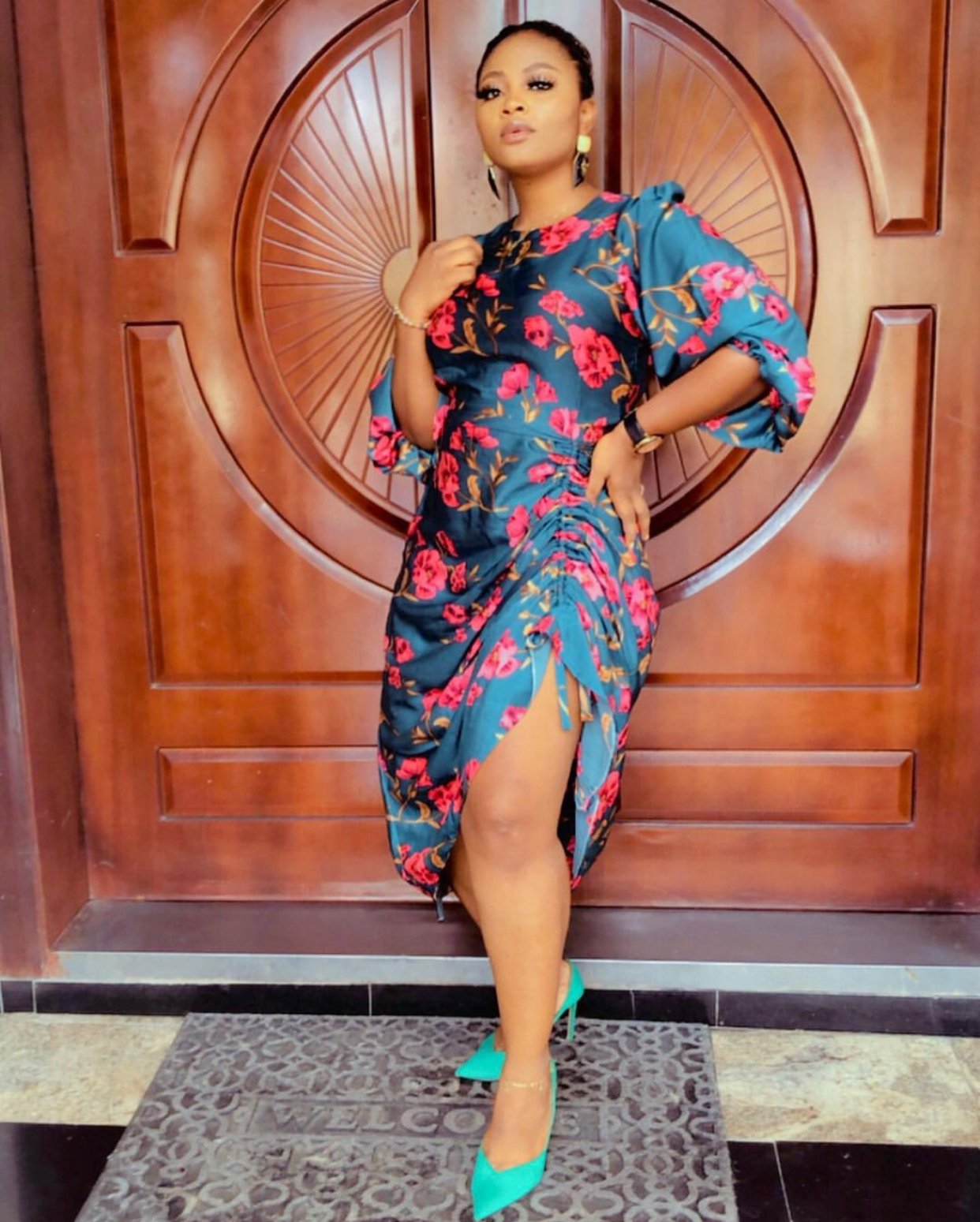 Tega has been in the news off recent after clips of herself and another housemate, a male, Boma were caught having a tense sexual moment.

On seeing this, fans of the show criticised Tega for having that kind of fun in the house while she is committed and has a son with someone else outside the house. 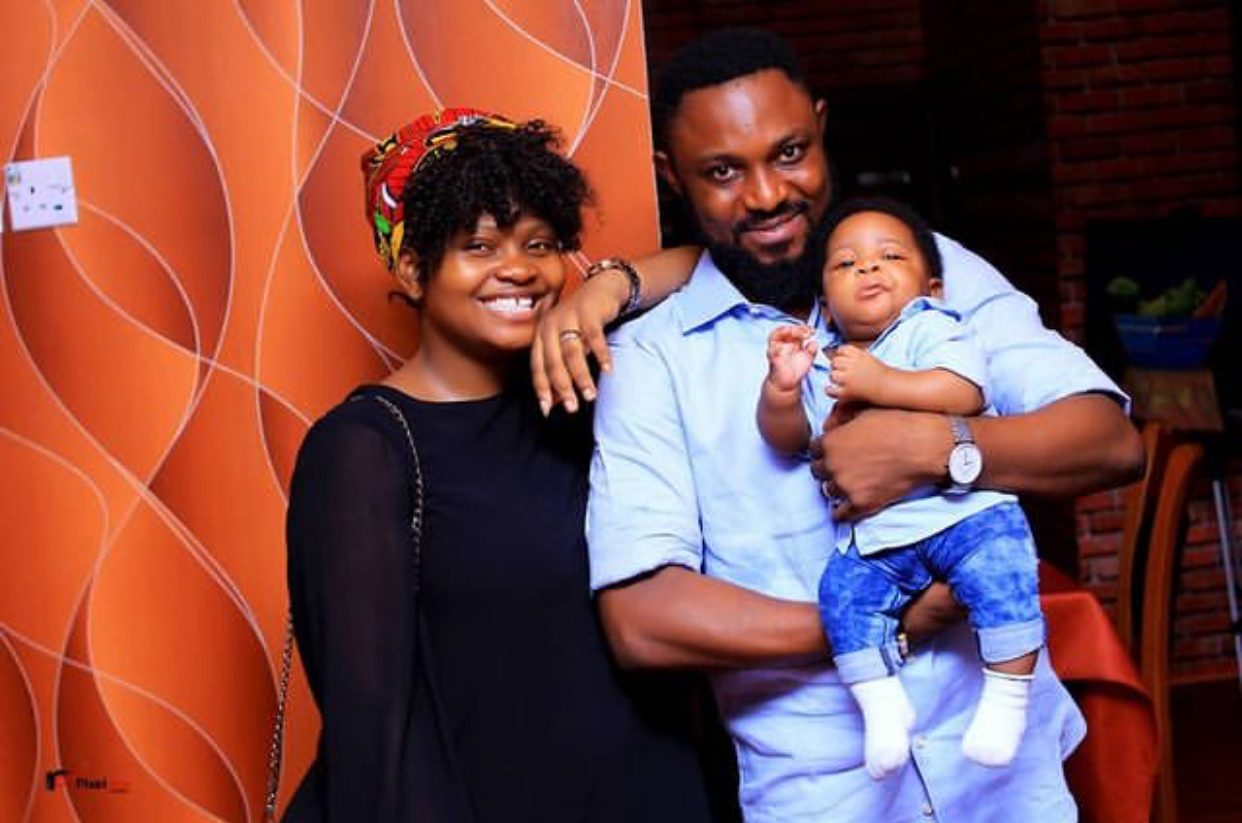 During the moment that was trending, Tega husband came online and dropped a statement stating that he cheated on her at a point in their union and that broke their bond ever since.

This didn’t sit down well with viewers as they felt the words he said concerning the issue were stupid and maybe shows he is not the bread winner of the family and can’t stand as a man.

Check out some reactions below: 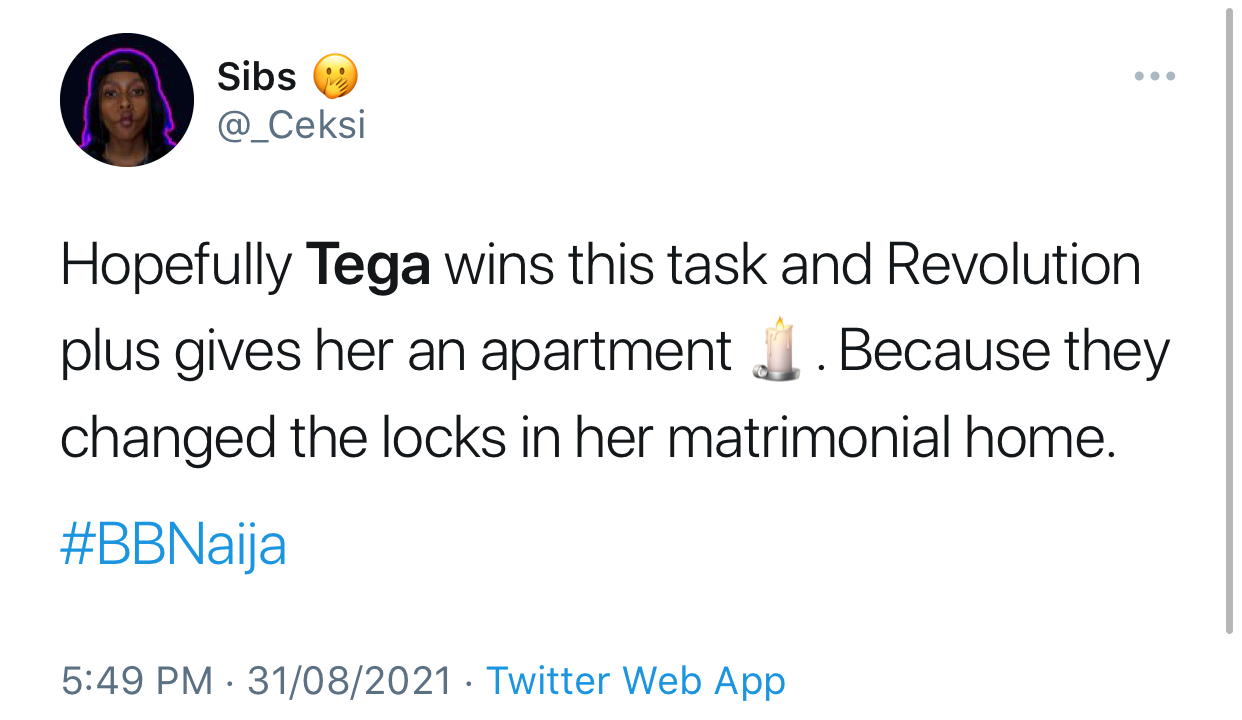 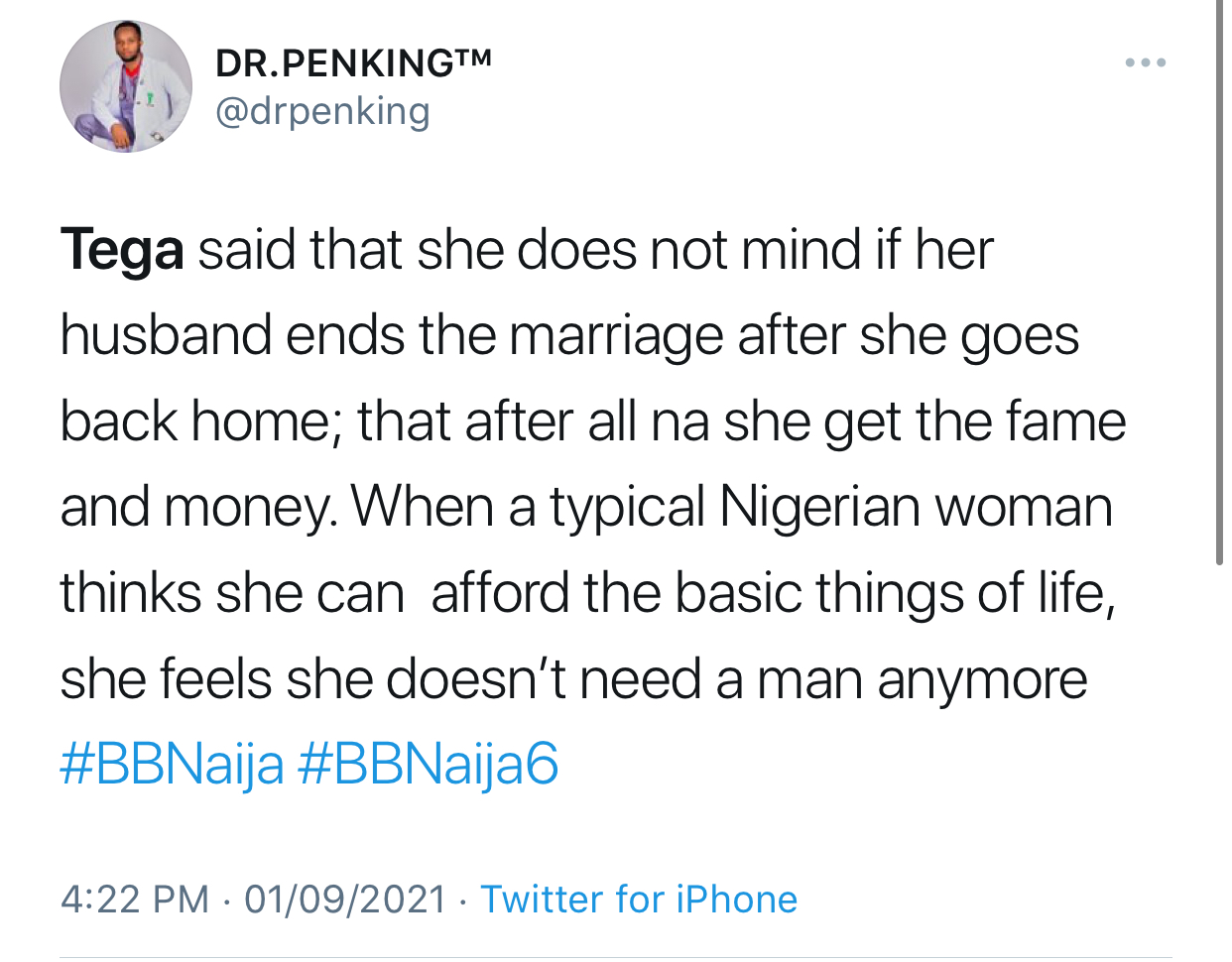 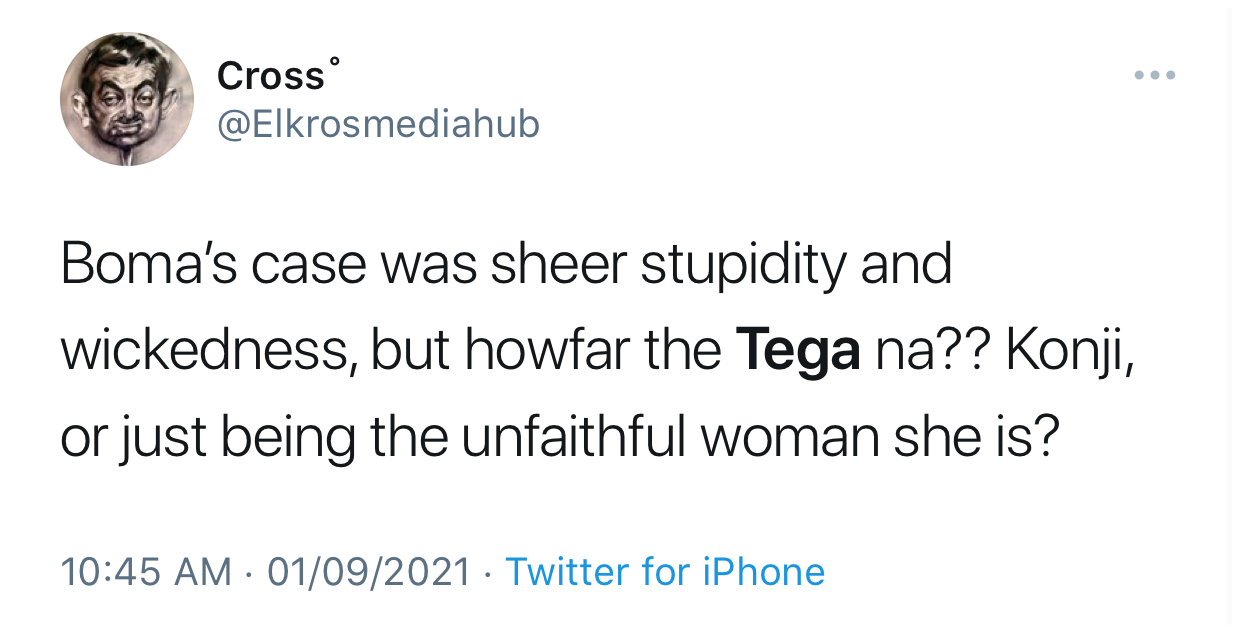 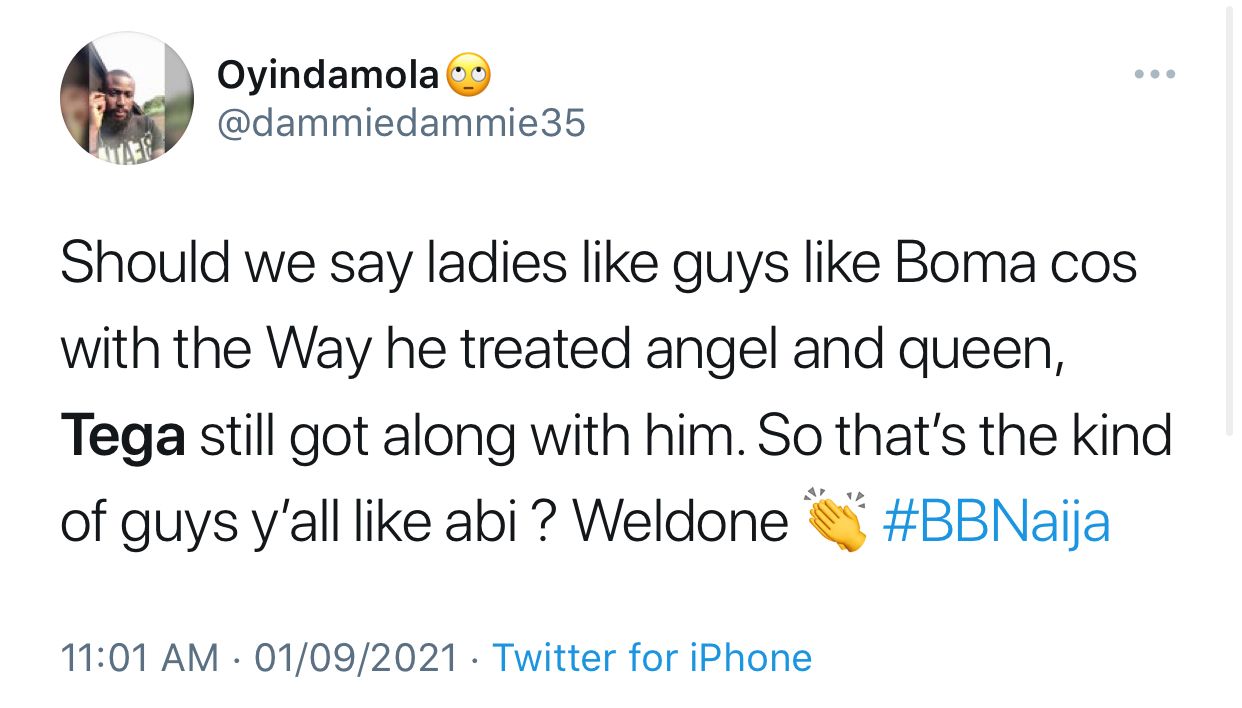