BBNaija Shine Ya Eye housemate, Tega’s husband, Ajeboh Kris Lawrence, has revealed why he understands his wife cheating on him with fellow housemate, Boma in the house.

Ajeboh took to his Instagram page to reveal that he has also cheated on his wife in the past in their matrimonial home.

The reality TV star’s husband further wrote that he still loves his wife very much and he will continue to love her even if she doesn’t forgive him.

Read Also: BBNaija Shine Ya Eye: Why I Would Evict Tega If I Had The Power To – Saskay

Social media has so far been buzzing with video clips of Tega and Boma making out at night on the bed when the lights went off.

Boma could be seen reaching for a tissue paper after the intimate session. He then later told her at the dining table that he would like to get intimate with her again. 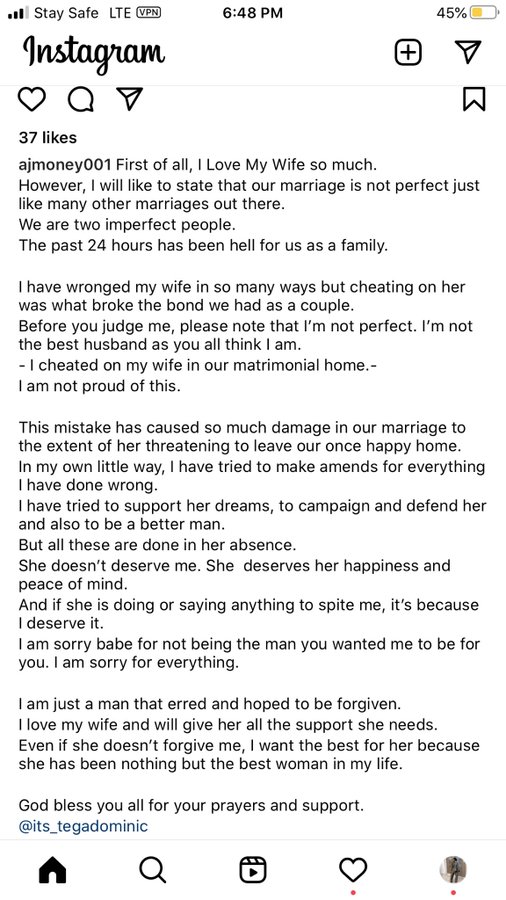