BBNaija ex-housemate, Tega who shocked a lot of Nigerians with her behavior in the house has savagely replied to a curious fan who wanted to know whether she’s with her husband AJ or she’s with Boma her infatuation while in the house.

Tega and Boma have both claimed they never penetrated or knacked or even fingered Tega but the videos that went viral says otherwise as it appears they both did things they aren’t supposed to be doing in the first place. 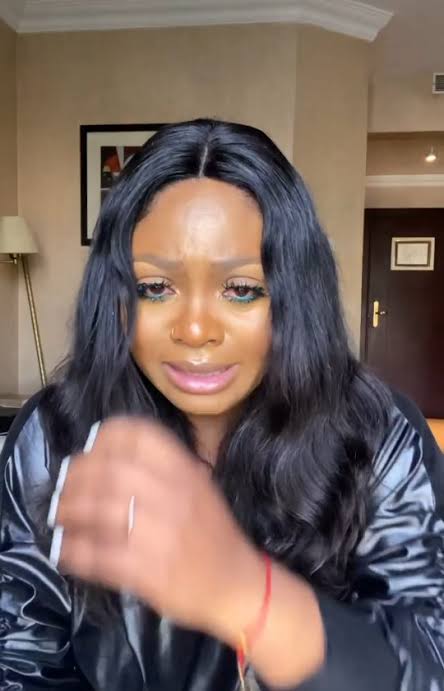 For that reason, some people have perceived Tega to be a very loose girl and this curious follower just decided to make fun of her by asking her whether she’s with her husband or she’s with Boma her infatuation while she was in the house. 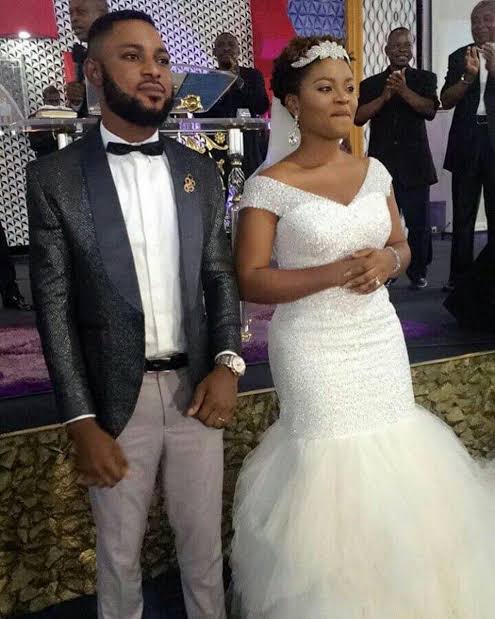 Tega knowing very well how social media works gave the follower a savage reply to the senseless question asked saying she’s with her father at the moment and not her husband or Boma as she’s curious to know. 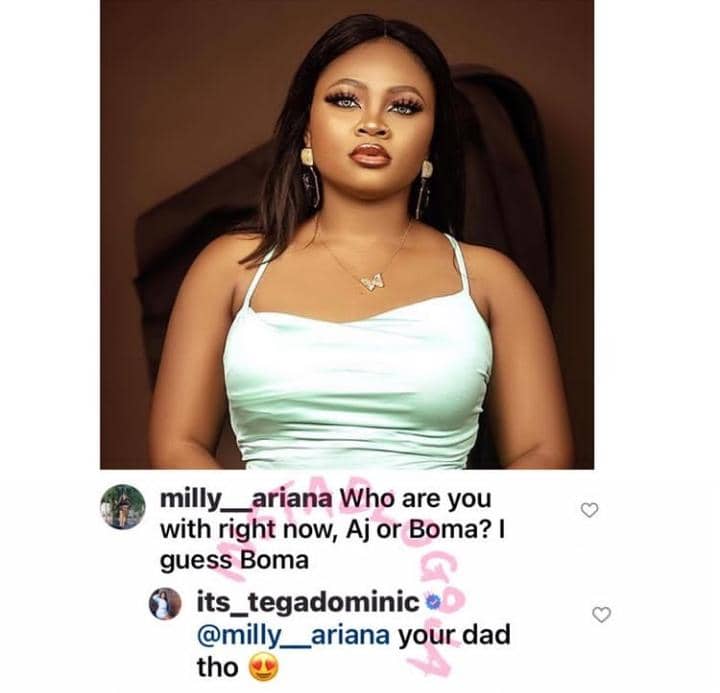