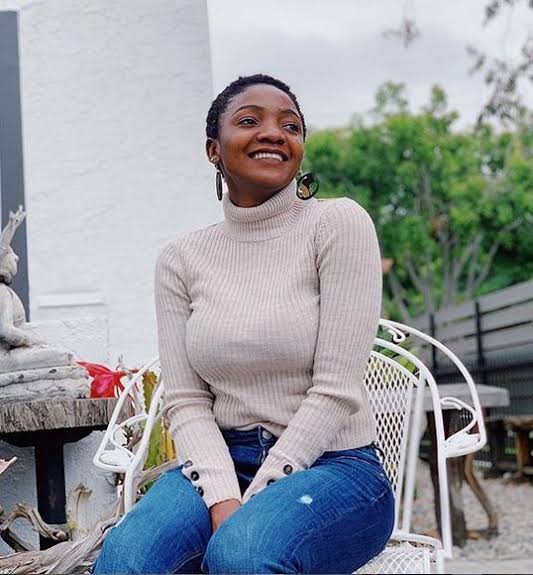 Comedian MC Morris has accused Simi of turning her back on him after he put his resources into helping her grow in the industry.

He alleged that he shared his platform with Simi and used his personal resources to transport Simi to events so she can be seen and embraced. 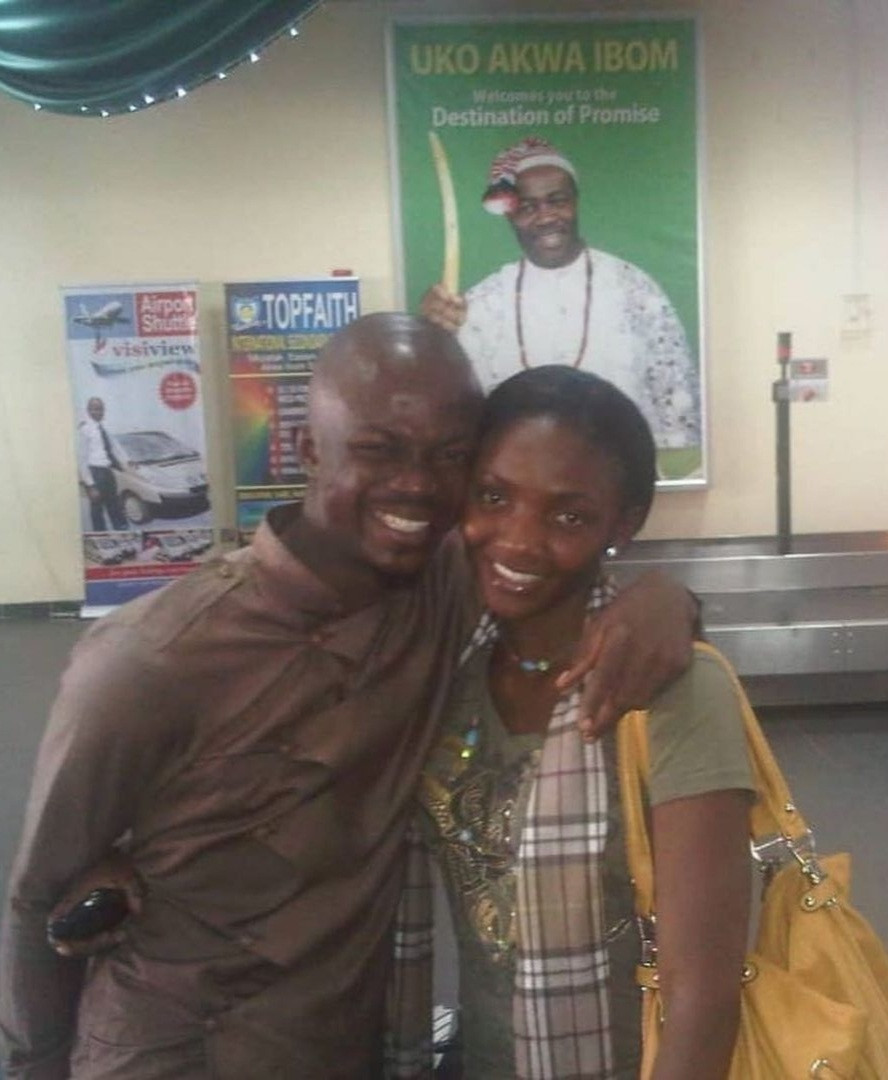 He added that when Simi caused damages in the course of doing her job, he paid the debts.

However, he claims that when she became successful, she forgot him, refused to recommend him for shows, and demanded he pays when he invited her to his show.

He shared throwback photos of him and Simi and said he chose to speak up now so he can have a clear mind. 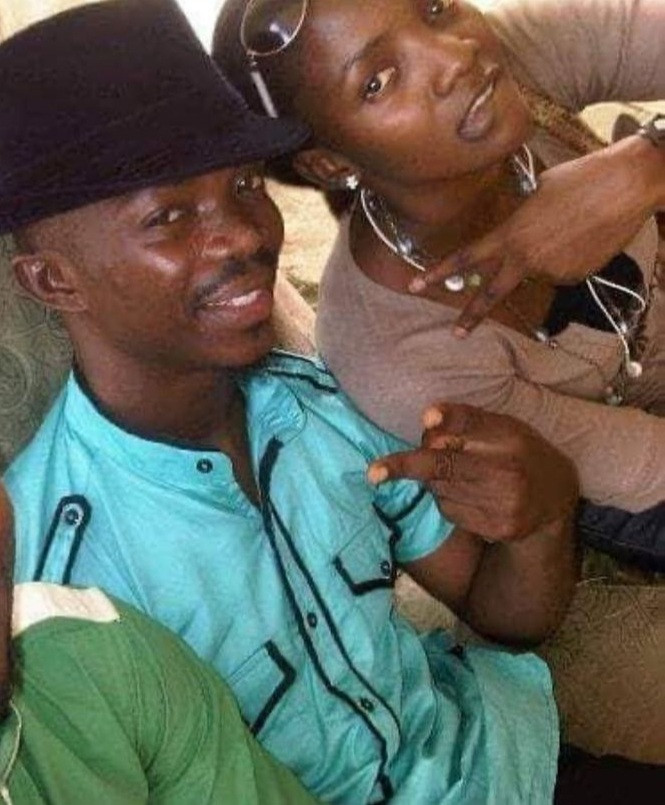 Read his claims below: 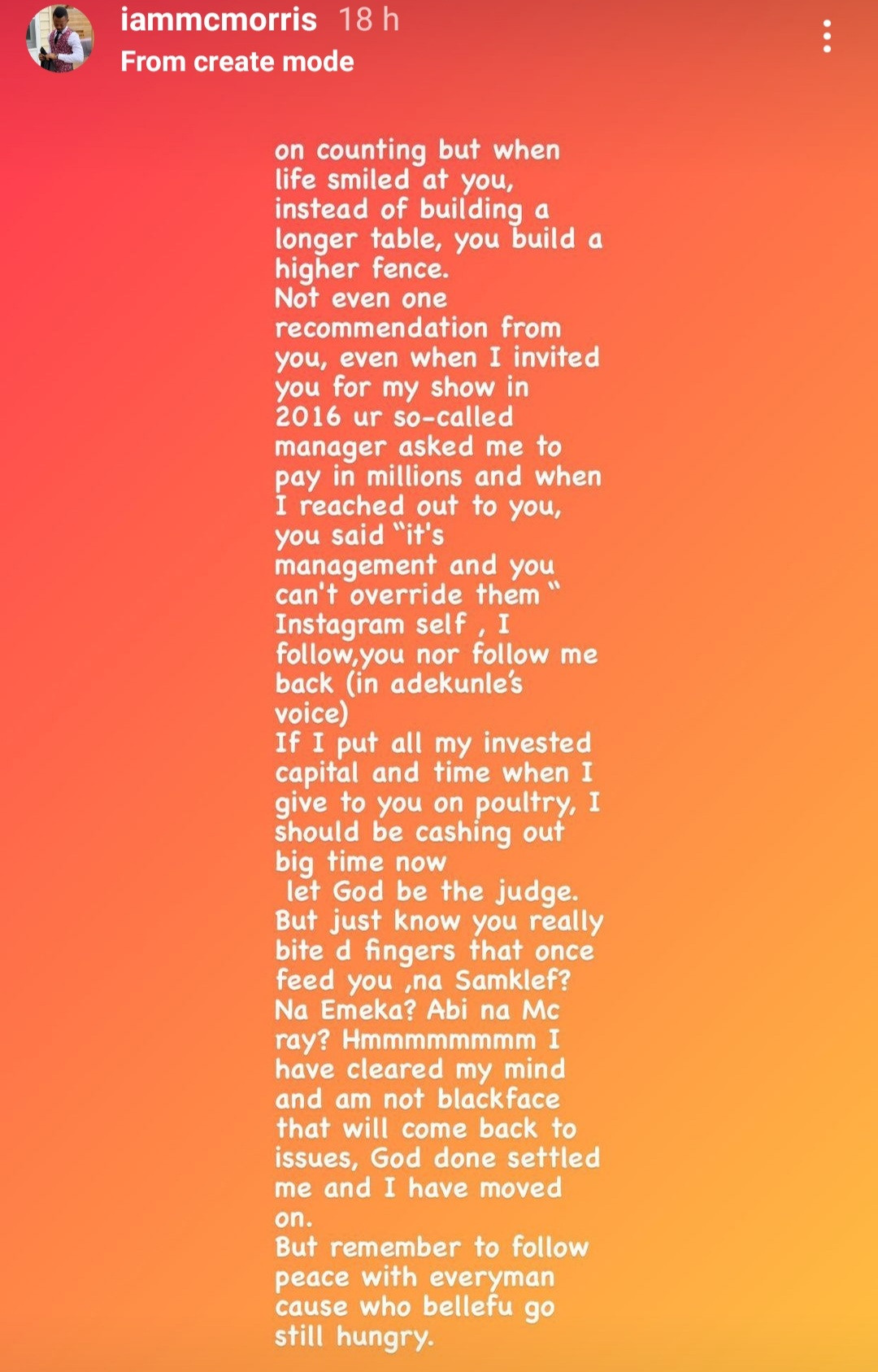 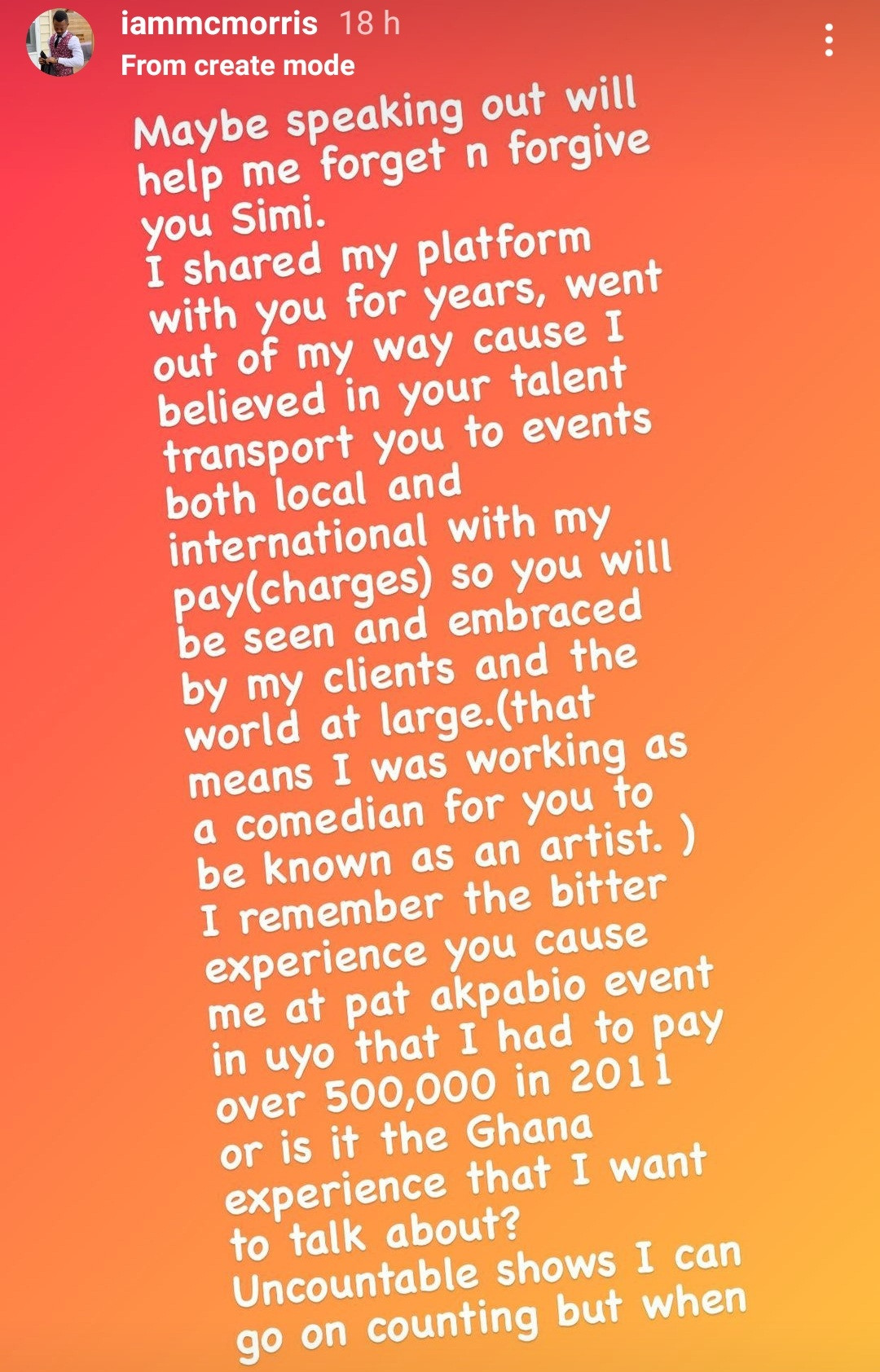